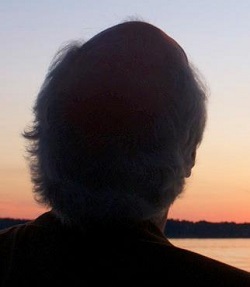 Jerry Honigman: My dear and wonderful friend, Ed Cherney died of cancer this morning. One of the greatest guys ever, Eddie was and Emmy and Grammy award-winning recording engineer/producer who worked with such artists as The Rolling Stones, Willie Nelson, Bonnie Raitt, Bob Seger and countless others. A giant in the industry, lauded and respected by his peers, his greatest achievement was his marriage to his wonderful wife, Rose. My heart is with her as it breaks for Eddie’s passing. Rest in Peace, my brother.

RIP #EdCherney One of the greatest guys in the business. & a good friend. We are going to miss you terribly. https://t.co/hsiCIKnmOy

Our hearts are saddened by the loss of @Edcherney, one of the greatest mixing engineers of all time.
Our deepest sympathies go out to his wife Rose, and family.
His legacy will live on forever <3 pic.twitter.com/8dkTtYO8qh

Previous: Metallica The Black Album Collection Announced – Clothes – Billabong
Next: Nikki Sixx on “Pull the Plug” by STARZ: “Would love to cover this song someday”