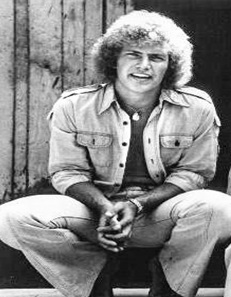 Wild Cherry drummer Ron Beitle has died. Beitle had reportedly been in a coma since November 18th after experiencing complications following a second surgery.  He was 64 years old.

John Vento:
“Goodbye to our dear friend Ron Beitle. Though we all knew him as the great drummer for Wild Cherry he was best known as one of the sweetest guys around. Humble, gracious, and filled with fun. We’ll all have a shot of “Crown Royal” in your honor my friend. X O”

Judith DiSilvio:
“So sad to learn of the death of Ron Beitle. I met Ron when he was the drummer of the band, Wild Cherry, with my brother Bryan Bassett. Got to know and love Ronnie over the years and reconnected a few years ago, had some wonderful get togethers at River City Inn downtown. I last saw Ron at Jergil’s when Bryan was here with Foghat. I have sent Ron, his wife and family Christmas cards the last couple of years and it will be a sad, sad time this year for me to send a card to his home without him. Rest in peace, my friend.”

“Play That Funky Music” is a song written by Rob Parissi and recorded by the band Wild Cherry. The single took the #1 spot on the Billboard Hot 100 on September 18, 1976, and was #1 on the Hot Soul Singles chart. The single was certified double platinum by the RIAA for shipments of over 2 million records, eventually selling 2.5 million in the U.S. alone.