Overkill kicked off their North American tour on Valentine’s Day (2/14//17) in Philadelphia, PA. Fan-filmed footage of the band playing their classic, “Elimination”, can be seen above.

The tour is in support of Overkill’s just released album, The Grinding Wheel. The album was released on February 10th via Nuclear Blast. View Overkill 2017 Tour Dates. 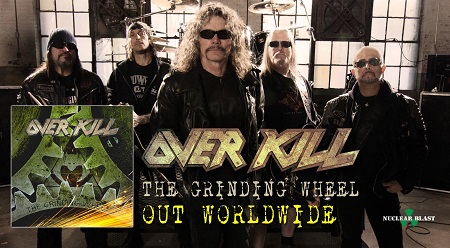