Testament Guitarist Alex Skolnick After Salman Rusdie Stabbing: “The Satanic Verses” on top of my “to read” que…CONGRATS, FUNDAMENTALIST MANIACS – 2022 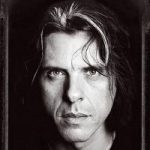 While Salman Rushdie’s “Midnight’s Children” is a favorite book of mine, I hadn’t read the one that caused this controversy. I’m now placing “The Satanic Verses” on top of my “to read” que. Also seeing a massive uptick of others planning to read it. CONGRATS, FUNDAMENTALIST MANIACS📕>🔪 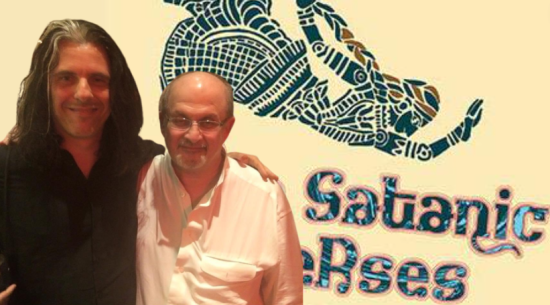 This is beyond awful news. Incredible writer, super great guy (funny, down to Earth, self-deprecating). Hope #salmanrushdie pulls through this horror. Wtf 🤞🏼🙏🏼 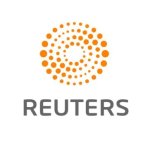 Salman Rushdie, the Indian-born novelist who spent years in hiding after Iran urged Muslims to kill him because of his writing, was stabbed in the neck and torso onstage at a lecture in New York state on Friday and airlifted to a hospital, police said.

After hours of surgery, Rushdie was on a ventilator and unable to speak on Friday evening after an attack condemned by writers and politicians around the world as an assault on the freedom of expression.

“The news is not good,” Andrew Wylie, his book agent, wrote in an email. “Salman will likely lose one eye; the nerves in his arm were severed; and his liver was stabbed and damaged.”

Rushdie, 75, was being introduced to give a talk to an audience of hundreds on artistic freedom at western New York’s Chautauqua Institution when a man rushed to the stage and lunged at the novelist, who has lived with a bounty on his head since the late 1980s.

Saddened and shocked to learn about the horrific act on @SalmanRushdie my wish is for us all to live in peace. May God grant him and every one else who has suffered from the manic pandemic of violence in this world, a full recovery. Peace 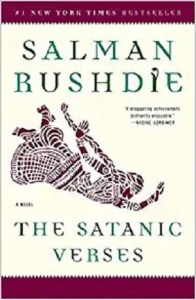 #1 NEW YORK TIMES BESTSELLER • “[A] torrent of endlessly inventive prose, by turns comic and enraged, embracing life in all its contradictions. In this spectacular novel, verbal pyrotechnics barely outshine its psychological truths.”—Newsday

Winner of the Whitbread Prize

One of the most controversial and acclaimed novels ever written, The Satanic Verses is Salman Rushdie’s best-known and most galvanizing book. Set in a modern world filled with both mayhem and miracles, the story begins with a bang: the terrorist bombing of a London-bound jet in midflight. Two Indian actors of opposing sensibilities fall to earth, transformed into living symbols of what is angelic and evil. This is just the initial act in a magnificent odyssey that seamlessly merges the actual with the imagined. A book whose importance is eclipsed only by its quality, The Satanic Verses is a key work of our times.

Praise for The Satanic Verses

“A novel of metamorphoses, hauntings, memories, hallucinations, revelations, advertising jingles, and jokes. Rushdie has the power of description, and we succumb.”—The Times (London)

I hope Salman Rushdie is okay.