Ozzy & Sharon Osbourne: The 2022 Nightline Interview on ABC – Ozzy, “When I retire, that’ll be — I’ll hear the sound of soil goin’ over my lid” – VIDEO – Docu-Series on Fox, Health, Moving to the UK 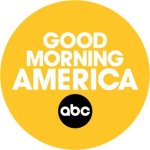 Good Morning America: “You ain’t seen the last of me yet.” Ozzy and Sharon give their first interview since Ozzy’s recovery from major surgery. Chris Connelly has more from the couple. Watch the full interview tonight on “Nightline” on ABC at 12:35 a.m. ET. 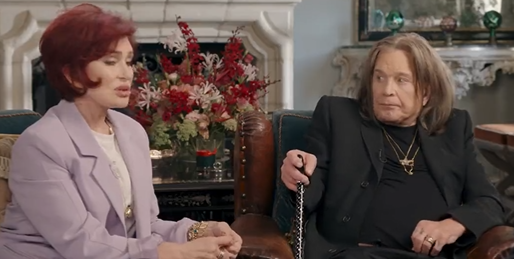 On leaving America and permanently returning to the United Kingdom in 2023:

“I just feel at this point in my life, I can’t speak for Ozzy, but I wanna go home. And it doesn’t mean I’ll never come — my children are here. I need to be back where I came from.”

“I love America. But where Mama wants to go, I’ll go.”

On the upcoming four-part docuseries on Fox Nation called “Sharon Osbourne: To Hell & Back,” which is set to air this month. (The series will address her tumultuous March 2021 departure from “The Talk” after her exchange on racism with co-host Sheryl Underwood):

“What happened to me. The way I felt about it. The amount of time it took me mentally to get over it. And just to show I have — got over it.”

“When you’re accused of that, by saying, ‘I’m not racist,’ it’s like being accused of a pedophile. It’s one of those things now that you — by saying you’re not, they think you are more. It’s like — it’s a stigma.”

Looking back on that time, Sharon said she has “no regrets.”

“No more saying sorry, ’cause I’m not. ‘Cause I didn’t do anything wrong except ask questions.”

“I have to negotiate everywhere I’m gonna go. I tire easily. But I’m well and working toward it. It’s up and down — my family have been absolutely wonderful while I’ve been laid up. I can’t do it if they don’t do everything for me.”

“It’s been everything from heartbreaking to soul-destroying to joys of his getting better. I think we see it more than he does ’cause we don’t have to go through his frustration every day.”

Following Ozzy’s 2018 New Year’s Eve show at The Forum, he had a “bad fall” in early 2019. “I had to have surgery on my neck, which screwed all my nerves in, and I found out that I have a mild form of -” he revealed to Robin Roberts in 2020, with Sharon finishing, “PRKN2,” a gene known to cause early onset Parkinson’s.

Ozzy underwent surgery in June 2022 to repair metal plates and screws in his back that were implanted during an earlier a prior surgery and to help relieve his pain.

“These metal plates were working their way out. The debris was rubbing on his spinal cord,” “He couldn’t hold his head up. It broke his heart to see Ozzy in this way.”

“He said, ‘I wanna see — I wanna go to your concerts.’ And believe me, I’ll get you the best seat. Since I had this surgery, I’ve improved quite considerably. If I have to walk around with a cane on stage, so be it. If I have to be pushed on — I’ll be back on stage. Don’t give up, ’cause I ain’t — when I retire, that’ll be — I’ll hear the sound of soil goin’ over my lid,” he said. “You ain’t gonna seen the last of me yet.”

Previous: Udo Dirkschneider Bassist Hospitalized After Nearly Collapsing Onstage – Accept Bassist Peter Baltes Named as Replacement – 2022
Next: Wolf Van Halen on Shane Hawkins: “We unfortunately have too much in common. I wish I had his strength” – Taylor Hawkins Tribute Concert – 2022 – VIDEO