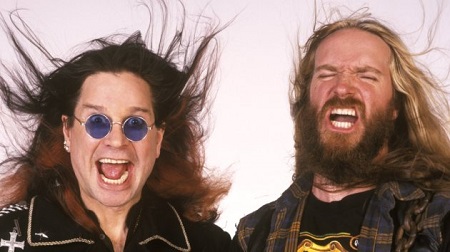 After more than a decade apart, Ozzy Osbourne and Zakk Wylde will reunite for several Ozzy North American headlining shows, beginning July 14. The rest of the lineup will be rounded out by Blasko (bass), Tommy Clufetos (drums) and Adam Wakeman (keyboards). It is unclear at this time if their collaboration will be ongoing….but I bet it will be. A list of the current dates can be found below.

“I’m so happy to be getting back on the road with Zakk, Blasko, Tommy and Adam,” Osbourne says. “This is what I do. This is where I belong, on the road.”

UPDATED
A couple of hours after the reunion news broke, guitarist Gus G, who replaced Zakk in Ozzy’s band, posted the following statement:

It’s been an honor & a privilege playing by your side since 2009. Nothing but great times & an experience of a lifetime.
To Ozzy & Sharon – thanks for everything, love ya!
To Blasko, Adam & Tommy – been a pleasure rocking with you!
As a fan, it’s great to see Ozzy & Zakk back together. It’s been long overdue.
Last but not least – thanks to all the fans that showed love & support all these years, see you out there soon!
Ozzy rules!
G.”

Previous: LP Releases Her New Single, “When We’re High” – LISTEN! – Pre-order
Next: Listen to the New Song, “Feel About You” from Lindsey Buckingham and Christine McVie