Original Members of Triumph to Reunite on Trunk Nation 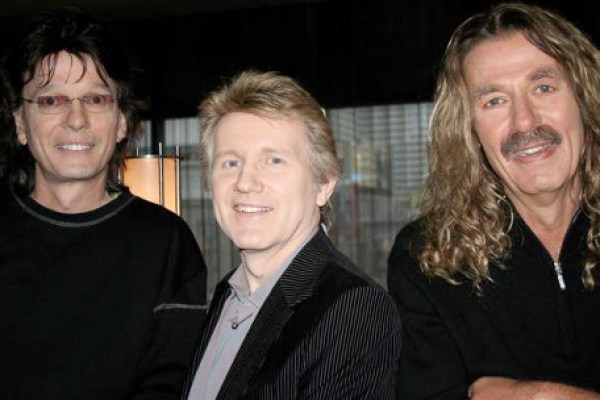 For hard rock fans, Triumph remains one of the preeminent trios of the 70s and 80s. Born and bred on the same Toronto streets that also gave fans Rush, Rik Emmett (vocals/guitar), Gil Moore (vocals/drums) and Mike Levine (bass/keyboards) managed to find an audience around the world thanks to the anthems like:

Fight The Good Fight
Lay It On The Line
Magic Power
Somebody’s Out There.

Triumph had an acrimonious break-up at the dawn of the 1990s, but managed to let bygones be bygones in 2007, when the band were inducted into the Canadian Music Hall of Fame.

Friendships were rekindled and the trio even played the Sweden Rock Festival, releasing the show on CD/DVD in 2012.

Radio host Eddie Trunk will broadcast live from Toronto this Wednesday from 2 – 4 pm ET for Trunk Nation, and his guests for the entire two hour show will be Rik Emmett, Gil Moore and Mike Levine.

“I was coming to Toronto and had the idea to reach out to the guys to see if they would be up for an interview and to reconnect with their fans,” says Trunk. “I’ve always had many requests. They said yes!”

There’s no agenda behind the get together, explains Eddie, who cites Trumph’s Allied Forces and Progressions of Power as his favorite albums from the band. “It was my idea and it was not them asking to make some sort of announcement,” he says. “Just celebrating the band really. I think many have fond memories of Triumph and miss them. They had some memorable tours and albums. So this should be fun.”