Noel Gallagher Gets Tenth #1 Album in the UK w/ ‘Who Built The Moon?’ 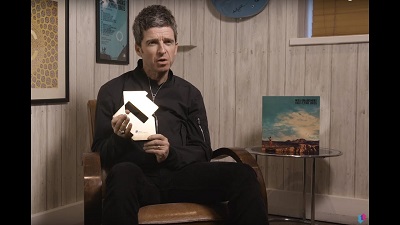 Noel Gallagher’s High Flying Birds’ third studio album, Who Built The Moon?, debuted at #1 in the UK on the Official Albums Chart, after selling 78,000 physical, downloads and streaming equivalent units in the first week.

It is the tenth time Gallagher has had a #1 album in the UK – a feat that no other band or musician has achieved. “I’m on a better winning streak than Man City are at the minute,” Gallagher says in the video below. “I’m actually on a par with Pep Guardiola. I’m a bit of a wizard, I often thought I was. I’ll see you at the top of the charts…this is where I fucking live.”

In October, Noel’s brother Liam released his debut solo effort, As You Were. That album debuted at #1 in the UK after the selling over 100,000 copies in the first week, outselling the entire Top 10 combined. In addition to being the best-selling record, As You Were was also the most streamed album of the week.