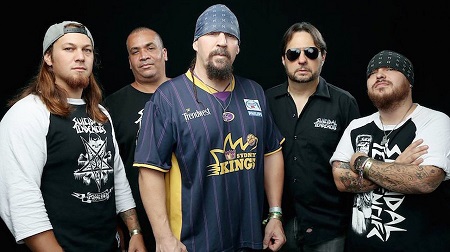 Congratulations to Paul Northfield. He is now a grandfather after his daughter gave birth to a baby girl.  Northfield first worked with Suicidal Tendencies in the studio in 1992 when he was the engineer for The Art of Rebellion.  Since then, he has worked on several of the band’s releases, including last year’s World Gone Mad.

Northfield was working on Suicidal’s upcoming EP when he got the call, 2 days before the record was scheduled to be completed. According to the band, he “worked all night to finish it and although it was full on, we got it done!”

The forthcoming EP will mark the second release from the group to feature full-time member Dave Lombardo (Slayer, Fantomas, Dead Cross) on drums.