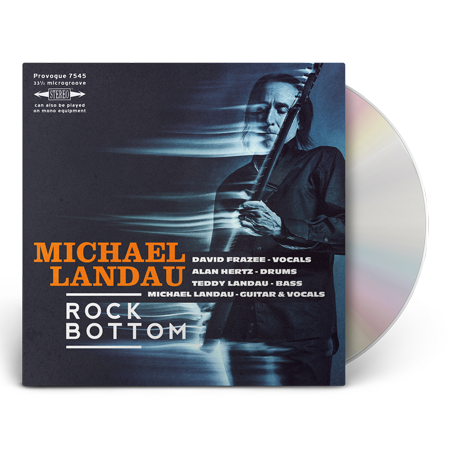 About the album, Michael Landau said: “I’ve been playing mostly instrumental music for the past 10 years, out of nowhere I woke up one morning with the strong urge to play some hard edged music with vocals… guess it makes sense because it’s really the music I grew up on. So I reunited with my ole pal David Frazee from the Burning Water days, we wrote a lot of songs together, most of which ended up on this new Rock Bottom record.”