Metronomy – In the studio with Joseph Mount – Directed by CHILD 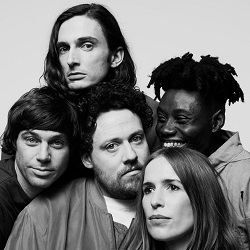 Metronomy:  Our new album, Metronomy Forever, was made in a number of locations but it is rooted in the English countryside.

Take a sneak peak into my studio with this film directed by Child Studio out now on YouTube. (It has also been embedded below.)

Metronomy Forever Album, our 6th album and best, is out on 13 September.