Metallica’s Robert Trujillo Talks Standout Ozzy Moments, Meeting Randy Rhoads & Alex Van Halen: “One of his friends got me into like a choke hold because he thought I was gonna attack him” – 2022 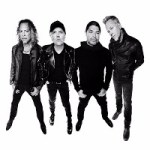 Metallica: In 2020, Ozzy Osbourne reached out to his friend, Robert Trujillo, to invite him to work on his upcoming album, “Patient Number 9.” Ahead of the album’s release tomorrow, check out Rob’s chat with REVOLVER as he discusses his relationship with Ozzy. You can read the entire interview @ this location. 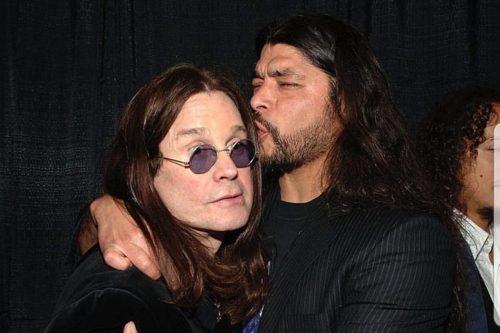 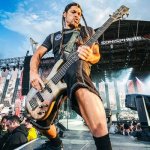 I remember when I was a teenager being at Guitar Center — I think I had ditched school and I snuck over to Hollywood by myself — and I saw Randy. I think he was in Quiet Riot at the time. He wasn’t even in Ozzy’s band yet. There was nobody else in the store, just him and these guys that worked there handing him guitars. He was this small little skinny kind of dainty guy — and he was ripping! He seemed very shy, and I went up and, you know, nerded out on him for a second, like, “Hey man!” [Laughs]

Some of the stuff he was doing reminded me of John McLaughlin, like Mahavishnu Orchestra. In fact, if I remember correctly, I feel like he was playing the chord progression to “Diary of a Madman.” And I was like, Wow. … And he looked up at me and kind of smiled. Again, he seemed very shy, but he was just ripping. And I was like, “Who is this guy?” And then when I discovered Quiet Riot, I realized who he was … and then all of a sudden, he’s the guitar player for Ozzy. And the rest is history.

Yeah, that’s the kind of stuff that happens in Los Angeles. Like, you’ll run into your heroes at the oddest place. I’ve seen Alex Van Halen at the supermarket. [Laughs] I remember being at a teenage club back in the day, and he was driving with his friends on Santa Monica Boulevard… by the beach. And I went over to him, and I was like, “Hey, you know, I’m a really big fan.” And one of his friends got me into like a choke hold because he thought I was gonna attack him. [Laughs] Alex was cool. He was like, “Hey, nah, it’s cool, man. He’s cool. He’s cool. … We love our fans.” This would’ve been like back in ’82 or ’83. So, you know, that kind of stuff happens in L.A. … and running into Randy was definitely a highlight moment for me. It was brief, but it was powerful.

WHEN WAS YOUR “OFFICIAL” OZZY MEETING?

When I really met Ozzy was at Devonshire recording studios; it was a compound in North Hollywood and Ozzy was recording No More Tears. Mike [Muir] and I were recording the first Infectious Grooves album [1991’s The Plague That Makes Your Booty Move… It’s the Infectious Grooves]. We were also on the same record label too; we were on Epic Records at the time. So, we were basically like a fraternity there. We had this place for — I don’t know how long — and we’re both making records. So we’re all hanging out. And at the time Ozzy would sneak over into our room.

Our dream was to have Ozzy sing on one of our songs. We had a song called “Therapy,” so we invited Ozzy to sing on it. And he said, “Absolutely.” But we didn’t know when he was gonna actually show up to sing, you know? [Laughs] We were in the middle of recording something completely different and he randomly shows up, and goes, “All right, let me hear the song.” [Laughs] And we’re like, “Oh… Okay!” So we had to rearrange everything for him to just get in there right away and sing. He sang the chorus on the song “Therapy,” and he was amazing. But the funny thing was after that he would sneak away from his assistants and his minders and come over to our section of the compound … and they didn’t know where he was half the time. [Laughs]

OH MAN, THAT MUST’VE BEEN HILARIOUS. ARE THERE ANY PARTICULAR MEMORIES THAT STAND OUT?

He was like playing a game with [his assistants] and quite often he’d end up in our room, and he would want to hear that song. Sometimes to mess with us, he would say things like, [in Ozzy accent] “You got any booze? You got any weed? You got any cocaiiiine…” [Laughs] And then we were like, “No, Ozzy, we don’t have that stuff.” And he’d go, “You’re boring.” [Laughs] Then he would laugh and say, “Turn on the song, let me hear it.” And he would do these interpretive dance moves, like head bobs and creative things with his hands and his jewelry would be clanking. He was just a lot of fun.

It was a great time to be around him back in those days. And of course, Zakk Wylde was hanging out as well, and [bassist] Mike Inez … That’s how albums were made sometimes. You would share a compound and it would be with your heroes. For the Infectious Grooves, we were very lucky to have Ozzy around us at that time. And then it ended up that he took us on tour. When the No More Tears album came out, he did a theater tour called Theatre of Madness. And he took us on tour with him. We didn’t really have a band because we were Suicidal Tendencies, so we had to recruit [Jane’s Addiction drummer] Stephen Perkins and [guitarist] Adam Siegel from Excel. We put a band together with the musicians that were a part of the recording section session, but it was Ozzy who actually helped us become a band at the time because he was the one who demanded that we open for him on tour.