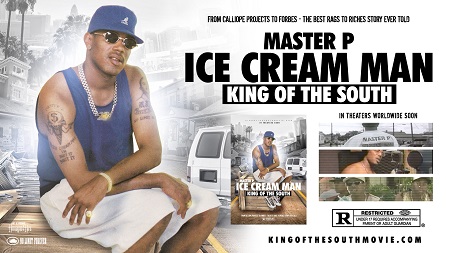 Percy Miller, aka Master P, is bringing his life story to the silver screen. The film will be called King of the South and chronicles Master P’s childhood in New Orleans through his meteoric rise to fame and fortune. For those of you living in New Orleans, CP3 Film Group begins open casting for New Orleans natives on Tuesday, April 4th at 11am to 5pm in Gretna, Louisiana. For more info go to kingofthesouthmovie.com.

Percy Miller, movie executive, gave Hollywood actors and actresses an opportunity to star in one of the next big biopics, “King of the South”. Master P’s real life story with A-Lister “Queen Latifa” and “Wendell Pierce” starring in the major motion picture that takes place in the mid 90’s when Master P made the historical 80/20 distribution deal and went on to sell over 100 million records independently to date. Master P made it from the struggle of the Calliope Projects to Forbes. This is a true rags to riches story that took southern hip hop artists’ music and careers to another level. Master P’s goal is to present an authentic feel to his unique story, he is offering an opportunity for untapped talent to co-star in this film, if they have what it takes. The casting tour with Uptown Group Pictures has been searching worldwide and the final stop is in Master P’s hometown New Orleans on April 4th. The movie will be filmed this Summer 2017. #KingoftheSouthMovie #MrIceCreamMan

From the press release: “The film, King of the South will film primarily in New Orleans. It is important to Percy for the film to have an authentic feel and look. Keeping in the tradition of The N.W.A. story, Notorious, the story of Biggie Smalls, and Tupac’s “All Eyez On Me”, audience goers will experience the actual neighborhoods Percy grew up in, from his local elementary schools to the Calliope Projects.”

Joining Master P will be Queen Latifah and The Wire’s Wendell Pierce. Latifah’s business partner Shakim Compere stated, “This is a great role for Queen Latifah, Master P had an amazing story and has broken a lot of barriers in hip-hop, paving the way for artists to make real money.”

Master P explained, “The timing is right for me to tell my story, it was tough back then especially being from the South, New Orleans was the murder capital at the time. I want others to learn from my mistakes and understand my work ethic of never giving up, no matter what it may look like.” He added, “I would like to give New Orleans natives an opportunity to play major roles in this film, I want the movie to have an authentic feel. I believe there are so many talented actors and actresses that just need a shot.” 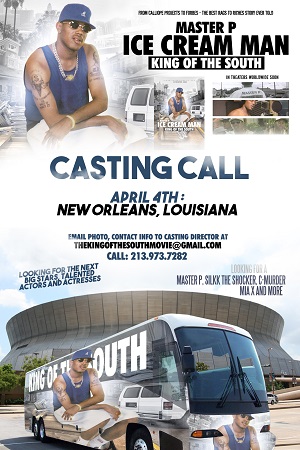