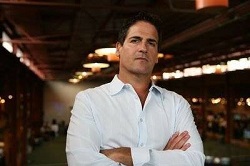 Mark Cuban: My conclusion, Elon Musk is fucking with the SEC. His filing w/the SEC allows him to say he wants to take a company private for $54.20 😂 vs his “Am considering taking Tesla private at $420. Funding secured.” Price goes up. His shares get sold. Profit⬆️ SEC like WTF just happened.

And of course, a decentralized group of supporters for “the current thing” will create a DAO to buy Twitter. Token holders will get to vote on what’s trending and who gets verified. Ok, I’ll stop now 😁

Want to see the whole world lose their shit? Get Peter Thiel to partner with Elon and raise the bid for Twitter. 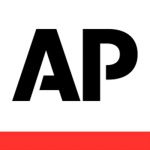 The Associated Press: BREAKING: Elon Musk is offering to buy Twitter, just days after the Tesla CEO said he would no longer be joining the social media company’s board of directors. Musk offered $54.20 per share of Twitter’s stock. Read the entire article @ this location. 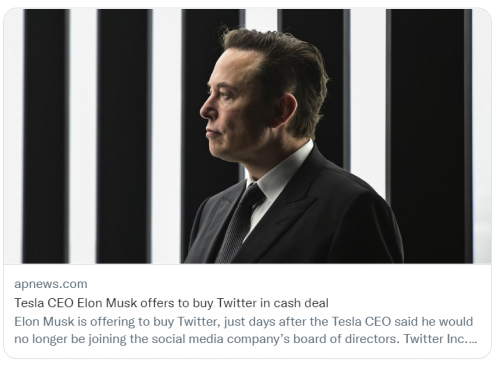 “I want to be clear, I do not respect the SEC,” @elonmusk Musk says in an interview with CBS’s 60 Minutes pic.twitter.com/ztkUR0Tilj