St. Vincent:
“I started doing these enhanced experiences before the shows wherein i play a couple acoustic songs from records past and then sit down and talk to everybody. it’s billed as a “q&a,” but those questions and answers very much go both ways. i mean, the world is insane AF right now, so it’s been incredibly gratifying and enlightening to have these moments to hear your thoughts, concerns, joys, sorrows, jokes, etc. (in texas, we just call it “shooting the shit.”) and honestly, between these hangs and the show, my heart is full. these interactions are what i look forward to most in a day. fuck man, i need it right now. i need that communion in this mad world. so thank you to everybody who came out in europe. i’m looking forward to hanging with everybody in the states this month and next.” 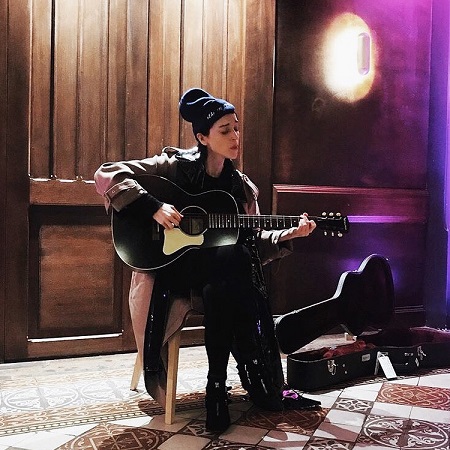