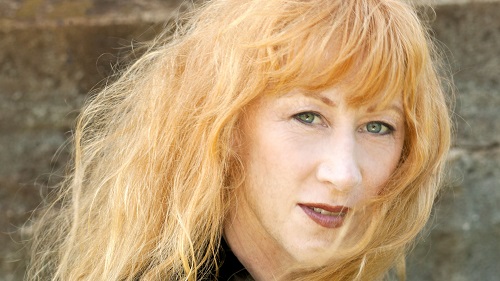 Despite having 547,000 followers, recording artist Loreena McKennitt is leaving Facebook in response to recent and on-going revelations about the social media site’s extensive misuse of people’s personal data. The award-winning Canadian singer/composer Loreena McKennitt and Quinlan Road, her independent record label and management company, have decided to eliminate Facebook from their operations as of June 1st.

“There’s no question it will hit us,” says McKennitt, “but I have grave concerns about the negative impact this misuse is having on our privacy, our democracy and society in general. I want to lend my full support to the legislators who must now work to prevent these invasive, predatory and manipulative practices from continuing. For me, the time has come.”

The multi-platinum artist is no stranger to the perils of privacy invasion. In 2005, she was involved in an acrimonious court case in England when a former friend and employee published a book containing intimate details of their friendship and of McKennitt’s own grief after her fiancé drowned in a boating accident. McKennitt argued that this and other information that was shared was private and confidential and the former friend had no right to publish it. The English courts agreed and ruled in McKennitt’s favor. The judgement, known as McKennitt v Ash, set an important legal precedent in the area of privacy rights and was upheld by the House of Lords in 2007.

On May 11, 2018, McKennitt will release a highly-anticipated new album, Lost Souls, her first original recording since 2006. Despite the inherent advertising and marketing opportunities with Facebook, the independent artist has decided to redirect her 547,000 Facebook followers to her own website. There, they’ll be invited to join her mailing list to receive information about her music, releases, tours and other activities. In order to give her followers time to migrate and her business and distribution partners sufficient notice to make the necessary adjustments, McKennitt has set the date of her Facebook withdrawal for June 1st.

“After watching Mark Zuckerberg’s appearance before Congress and hearing him accept that these industries and monopolies will need regulating, I’m heartened that things will now start heading in a better direction, hopefully harmonizing with the more advanced legislation Europe is about to launch in May,” McKennitt says.

This move comes on the heels of similar positions taken by privacy and information commissioners around the world (New Zealand, UK, Canada) and of those expressed by people like Sean Parker, Facebook’s first president, well-known tech investor Roger McNamee and another former Facebook executive, Chamath Palihapitiya.

“I realize by taking this step it may become more difficult for us to reach out to people, but that is a price we are prepared to pay,” says McKennitt. “At the same time, I’m aware that for many people Facebook has run its course and this may be the time for them to move on, too.”

McKennitt’s eclectic Celtic blend of pop, folk and world music has sold over 14 million albums worldwide. Her recordings have achieved Gold, Platinum and multi-Platinum status in 15 countries on four continents. She has twice been nominated for a Grammy Award and has won two Juno Awards, as well as a Billboard International Achievement Award.