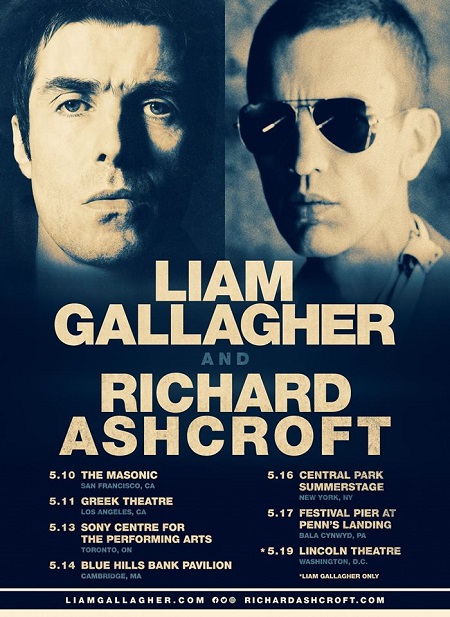 Liam Gallagher just announced a string of dates for the second leg of his 2018 North American tour.  The 7-date trek will feature special guest Richard Ashcroft and is set to launch in San Francisco at The Masonic on May 10th.  The outing will also make stops in Los Angeles, Toronto, Boston, New York and Philadelphia before wrapping up in Washington D.C. at the Lincoln Theatre on May 18th.  A list of dates can be found below.

Gallagher released his debut solo effort, As You Were, on October 6, 2017.  The album debuted at #1 in the U.K. on the Official Charts after shifting over 100,000 copies in the first week, outselling the entire Top 10 combined.