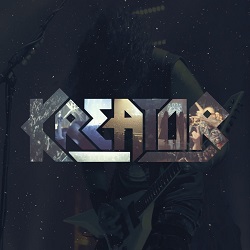 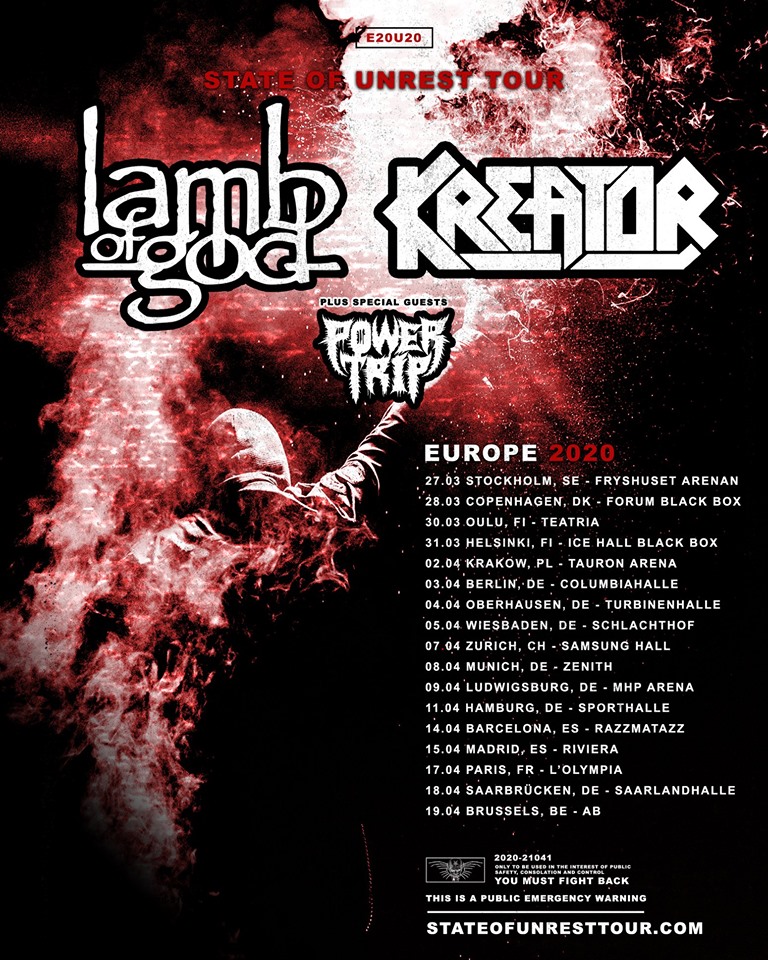 LAMB OF GOD & KREATOR European Co-Headlining Tour for 2020
Two giants of extreme metal have teamed up to lay waste to European shores in 2020. Grammy nominated Richmond, VA metallers LAMB OF GOD and German thrash pioneers KREATOR will bring a “State of Unrest” across the continent in March and April. Support from the Dallas, TX wrecking crew POWER TRIP.

“It’s always a blast when you tour with someone for the first time, so we’re looking forward to hitting the road with KREATOR, as well as getting some more hang time with our maniac pals in POWER TRIP. See ya in March and April!” – Randy Blythe, LAMB OF GOD

“Hordes of Europe! It is my pleasure to introduce the ‘State of Unrest’ tour; for too long European and American metal has been divided and now it is time for unity! We are excited to be playing our only European shows of 2020 with the mighty LAMB OF GOD and support from one of my favourite new thrash bands, POWER TRIP. It’s going to be a wild night of metal celebration – DO NOT MISS OUT!” – Mille Petrozza, KREATOR

We Herby Declare A State Of Unrest…
State of Unrest Tour | Europe/UK | ON SALE NOWhttps://t.co/1ycbwcCuht pic.twitter.com/W5RMafStTW