KISS’s Gene Simmons on Reuniting w/ Ace Frehley & Peter Criss: I hope and wish they’ll get over the victim, ‘look what happened to me’ – 2022 – Interview – The End of the Road Tour – Paul Stanley

Classic Rock Magazine:
Farewell to Kings: how Kiss built and sustained The Greatest Show on Earth for 50 years. You can read the entire interview @ this location.

Ace Frehley and Peter Criss are not as delicate a topic as one might think. Which is helpful, considering that it plays such a massive role in The End of the Road Tour, with people wondering how, if at all, the band’s most famous alumni might be included in the festivities. 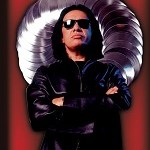 “I was hoping that Ace and Peter, at least for that, would be with us. It would be the saddest thing of all if they chose not to be there. But such is life.

“I hope and wish they’ll get over the victim, ‘look what happened to me’. No, nothing happened to you. These were all decisions you made. They were in and out of the band three different times. Can you believe that? How many chances in life do you want? That’s the saddest thing.”

“There are fans that are still angry with us about Ace and Peter. They just don’t understand.”

“I personally have asked Ace and Peter a number of times: ‘Hey, this is the last time around. We’ve still got another hundred cities or so to go. Why don’t you jump on stage with us?’ And they said no. They said no? Yeah. More than once.”

I can’t praise Eric (Singer) and Tommy (Thayer) enough for giving new blood and new life. Through their eyes, they’re the most grateful team guys ever.” 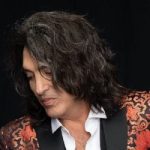 “It would be great to have Ace and/or Peter participate at some point if they were interested, and if their requests or demands were realistic and not disruptive to the overall spirit of this tour.”

Kiss reportedly earned more than $500 million just in the 15 years after their first farewell tour. Gene has estimated the value of the Kiss brand somewhere between $1 billion and $5 billion.

“One of the reasons I’m the luckiest guy on the planet is that I met Paul Stanley. In our case, one plus one equals three. He’s sort of like the brother I never had. We disagree on all kinds of things but nothing matters. We’re not Jagger/Richards and we’re not Lennon/ McCartney. Not in our wildest dreams. But even those guys turned on each other. That’s never happened here. And never will.”