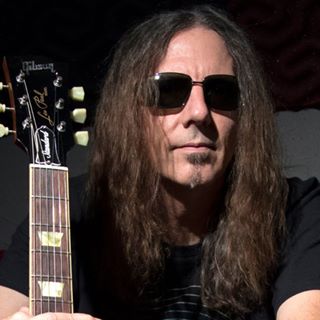 Ty Tabor: “When I was sitting in a small room in my house with an acoustic guitar writing songs for Gretchen Goes to Nebraska (1989) I didn’t expect “The Difference (In the Garden of St Anne’s on the Hill)” would be considered for the album.  It ended up on the album and somehow this happened years later (1st video embedded below). Thanks much “Rock Voices”!”

Ty Tabor is the lead guitarist and co-lead vocalist for King’s X.

Previous: Neal Schon on Rock & Roll Road Trip w/ Sammy Hagar – VIDEO – Journey, Santana, HSAS, Bad English
Next: Alice Cooper, “Back in the ’80s when I was a vandal on the “banned” list in Russia” – Not Recommended Music