Kerry King Says Slayer, Metallica and Iron Maiden Live Off Their Past 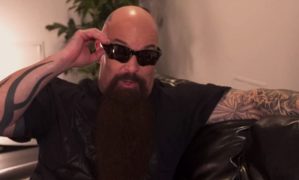 Last September Slayer released their twelfth studio album, Repentless. I only had one issue with the album. I thought it was rather sad that they have Gary Holt, one of the originators of thrash, in the band, the guy who helped craft one of the most classic thrash albums ever, Bonded by Blood and they didn’t let him write any songs. But other than that, I thought the songs sounded like Slayer has since Divine Intervention. In a recent interview with RVA MAG, King admitted that Slayer does live off their past, “We’re living on our history for sure but so is everyone else, yet we’re the ones trying to push ourselves forward. I would say Iron Maiden and Metallica, no offense, are living on past success. Metallica has toured forever on The Black Record which a lot of people don’t like. I actually like it. It’s heavy as can be. Is it Master Of Puppets? Course not, but it’s a great record. Iron Maiden for me is living off their first three records. Have they made good songs since then? Yeah, but they haven’t made great records. I like to think we’re still making great records and as much as people come out wanting to hear ‘Reign In Blood’ and ‘Angel Of Death’, they also want to hear ‘Disciple’ or even ‘Implode.'”

King also revealed the band considered not releasing new music, “We definitely thought about not releasing new music anymore. Maybe even doing what Down did and just release four songs before every tour, but really, until the time comes that albums are obsolete, you better believe Slayer’s going to be making records.”

In the ever-changing music industry, King no longer judges Slayer’s success by album sales, “My barometer is the live show where people show up.  That means people are into the music, whether the record is selling or not. They have it, they know it, and we can play it and have them sing it right back to us. That’s pretty much how it shows me people are still into, regardless of sales.”

In closing, I agree that all those bands live off their past but their past is glorious. You can’t write a better album than Master of Puppets or Season in the Abyss, or Reign in Blood, for that matter. I do disagree with King about 3 albums for Maiden, I loved Piece of Mind but I do agree that Maiden never did another GREAT album after that, good but not great.  If I was doing the interview I would have asked Kerry if he’s heard the new Testament, Overkill or Kreator albums.  Those bands definitely aren’t living off their past.  If Testament released Brotherhood of the Snake after Practice What You Preach, they might have edged out Anthrax as one of the ‘BIG 4’ but unfortunately they released Souls of Black and the rest is history. 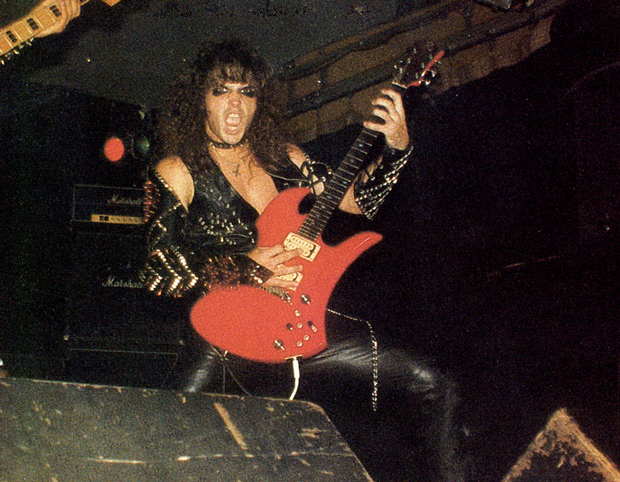