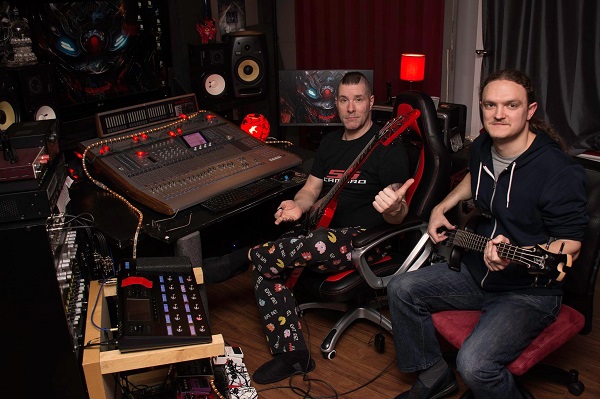 Annihilator are working on their new album. Here’s an update provided by Jeff’s wife.

“Annihilator’s Jeff Waters & bassist Rich Hinks working hard tonight on the next Annnihilator record: studio cd #16 !! Sounding pretty friggin’ thrashy; guitar sound is BIGGGGGG! Biggest, finally!
Months of work to go on it but that’s what happens when things are going well… too many shows, appearances, guitar clinics, hosting cruise Jams, conventions, judging contests, Festivals, Juno Awards coming up, Canadian Tour announcement soon, etc…
Metal Rules… and so do all the metal fans that buy the records, concert tix and merch! We love you all! Thanks for seeing us all this far! 🙂
Thanks for the lovely foto, Jas! 🙂 — with Jeff Waters and Rich Hinks.” 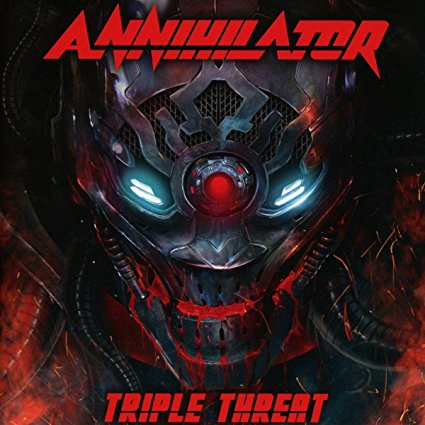 On January 27, 2017 Annihilator released the box set Triple Threat.  It consists of a studio album solely featuring acoustic versions of many of the band’s songs from over the years, a live CD featuring their set from the “Bang Your Head!!!” festival in 2016 and special editions feature a live DVD or Blu-ray.