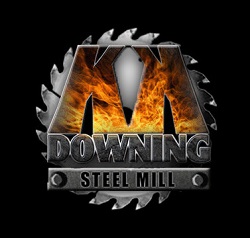 Several excerpts from the interview can be found below.  You can read the entire article at this location. 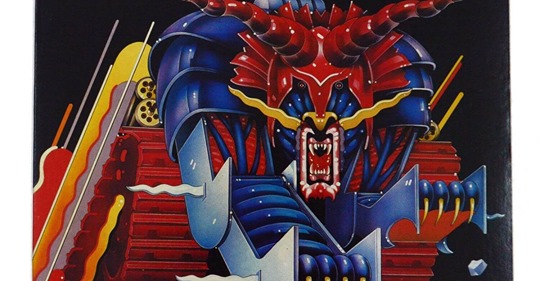 Let’s get into the album now – track one is Freewheel Burning… you’d done fast songs in the past – Exciter (from Stained Class) springs to mind, obviously, but also tracks like (British Steel‘s) Rapid Fire– bearing in mind the time you were recording DotF, and the amount of time you’d spent in America, were you aware of the rise of bands like Metallica and Anthrax, and thrash/speed metal in general? Is Freewheel Burning an answer to that?

K.K. Downing: I would say not. If there’s one thing I could say about myself and Glenn as players it’s that we never really copied anyone else. Coming from the age we did, we would sometimes have to play music or styles we didn’t really want to play – especially covers, or the blues, both the bands that Glenn was in before Priest and mine. When we got together as a team we just got our heads down and tried to work out our own thing. So there were quite a few bands, big bands, that sort of came and went and we didn’t notice because we were working so hard on our own thing. Unless we got to play with bands we often didn’t find out about them. I always try to dig deep within myself… you don’t want to be seen as nicking other people’s ideas. I wanted to create something unique for us as a band.

You’ve always been seen as leaders rather than followers.

K.K.: That’s how we always wanted it to be. We worked hard though to get to that point where other people looked to us for ideas and inspiration. Our work rate and work ethic was quite remarkable. I look back and think how did we do it! With me and Glenn both being lead players as well as rhythm players, there was always the fear that if you got a bit lazy the other would take the helm! so there was a lot of healthy competition driving us on.

Were the songs more or less complete when you started the recording process? Did you know where Freewheel Burning was going more or less straightway?

K.K.: Yes, I think we did. Most of the albums we did I would say we were pretty well prepared. Not all of them… but for the majority of them. Myself and Glenn’s quality control was pretty strict, so we never went into the studio with an abundance of ideas because quite simply when we felt we had enough in the way of quality ideas we wanted to get in and get the ball rolling. Get in the studio and get the album done!

The second track on the album was Jawbreaker – what do you remember about the writing and recording of that track?

K.K.: Again, strangely, as much as we’d had commercial success with Screaming For Vengeance… I suppose both myself and Glenn got together and wanted to put a bit more grit in there… I don’t know how it happened. And I think with the titles and the song concepts we wanted to hit people between the eyes. In the shoulders, behind the knees, in the groin – we wanted to hit people in every crevice we could! The first four tracks on this album kick you in all the parts it hurts! As an opening sequence of an album I’m very pleased we were able to do it.

K.K.: I think so. The images that the song conjures up – the rebelliousness… the teenage years of oppression, at school, in the workplace. Not for everyone I realise but that’s how it was for me! It was rough and tumble! You feel like you’re imprisoned. This is all about leaving everything behind in your life that stinks – leave the shit behind and join us! That’s the message.

K.K.: Really a quite unusual song but it managed to work. I remember so many nights playing that song on big stages… We put the song together in Ibiza in the Mediterranean. It was a very eclectic song for Priest but we wanted to explore that area. It’s not a traditional format for a Priest song.

K.K.: Yes. It’s songs like that that made Priest memorable. It reminds me for example of the song The Rage (from British Steel).

I’m laughing because I was just going to say that. When you mention the ‘unusual’ Priest songs they seem to be the ones that (bassist) Ian Hill plays a prominent part in.

K.K.: Well, that’s true. Maybe why that’s I’m drawing the comparison. As a song writer you can run out of ideas, so when you can fall back on to ideas like this, one – it’s quite exciting, and two – it’s a challenge. And if you persevere, you come out with something like this song which nobody else on the planet was doing. It will be unique. And for some reason Priest always had that element, the ability to throw a song in with slightly different content. Our job was to make it fit within the album. Is this rock? Is this heavy metal? It doesn’t sound like anything else I’ve heard but if Judas Priest say it’s heavy metal then it damn well is!

K.K.: Throughout the band’s career there had to be a ballad-type song on the albums. Listen to Deep Purple‘s In Rock. It’s a very complete sounding record because it has Speed King on it, but it also has an epic ballad in Child In Time. We couldn’t just put an album out with ten versions of Painkiller on it. Similarly you couldn’t have ten versions of Beyond The Realms of Death. You have to mix it up. You’re trying to take people on a journey when you create an album, and you can really do that by including thee tremendously heavy, emotional ballads.

Light and shade is very important isn’t it.

K.K.: It’s exactly that! Mate, that was what we used to call it as well! ‘we have to have light and shade on this album’… And there were certain tactics we’d use to convey that. Light and shade is always a good way to go to keep people’s interest by varying the emotions. Key changes are important to. We would vary our key changes as much as we could. These days we all probably play in E or A Minor, but back in the day we would push the boat out and write in D Minor, G Major, F Sharp. I listen to albums today and too many times I hear one song end in the key of E only to be followed by the next one also starting in the same key, almost like a progression of the same song!

Read the entire article @ this location.

Make sure to listen to our full in bloom interview with K.K. Downing.