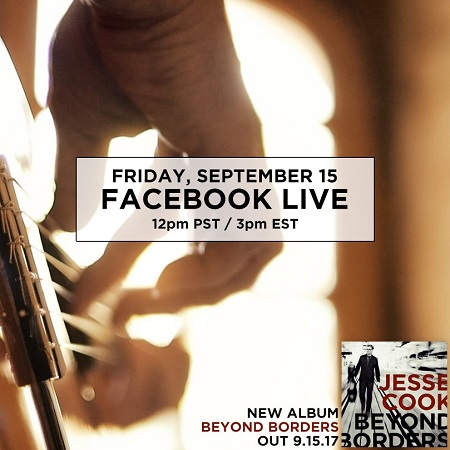 In support of Beyond Borders, Spanish-influenced guitarist Jesse Cook will host a Facebook Live session to coincide with the album’s release. The Facebook event will take place on Friday (9/15) at 12PM PST / 3PM EST and will feature live music and a Q&A. Tune in at this location.

Pre-order Beyond Borders on iTunes to receive 3 instant downloads.

Beyond Borders was recorded over two years in Toronto and will be the follow-up to 2015’s One World. “Everything on this album comes from my own experience,” says Cook. “I was going through a difficult period in my life and it blew the door of my imagination wide open. I went for a huge sound, without limits. I threw away the rules, trying to find places I’d never been before, and I got there. The sad songs are sadder, the rhythms are more intricate, the sounds mashed up to look at traditional patterns in a new way.”