For Jefferson Starship guitarist and original founding member Craig Chaquico, “Find Your Way Back” has a whole new meaning some 35 years after writing and playing on the hit 1981 single. 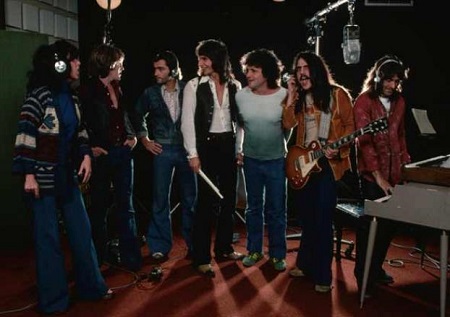 A year ago this month, Chaquico told the world about his quest to retrieve his beloved Sunburst 1959 Les Paul (Serial No. 9-2180). The ax was thought to have been destroyed during a massive riot in Lorelei, Germany, in 1978, after Jefferson Starship announced they wouldn’t be taking the stage due to to singer Grace Slick’s illness.

Fearing for their safety, the band members on site—Craig, David Frieberg and John Barbata—fled the area; Slick, Paul Kantner, Marty Balin and Pete Sears were still at the hotel. As fate would have it, their next show (in Hamburg, Germany) would mark the last for the original Jefferson Starship lineup. 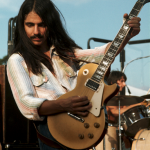 Almost all of the bands’ instruments and gear went missing during the riot, including Craig’s 1957 Les Paul Goldtop (still missing; Serial No. 7 8793) and his ’59 Sunburst Les Paul. This ax can be heard on “With Your Love,” “Count on Me” and “Runaway,” among many others.

Because he didn’t know the serial number back then, Chaquico kicked off a difficult identification process that found him wading through thousands of photos in the archives of Roger Ressmeyer, a band photographer throughout the Seventies and Eighties.

In what can truly be called a feel-good story, the ’59 Les Paul has found its way back.

Three years after he was tipped off that the guitar might still be in existence, Craig’s quest ended when he met the guitar’s current owner, who happens to be a guitar aficionado—just like Craig.

After more than a year of legal back-and-forths, the musicians talked about the history of the guitar (known as “Lorelei”) and what it meant to each of them. This discussion that led to a confidential settlement agreement and resolution between the parties.

“Seeing the guitar for the first time after so many years brought back so many memories for me,” Chaquico says. “One of my dreams from the outset was simply to perform or record with it again, and it looks like that dream just might come true.”

In a gesture of good will, the current owner of the guitar (who has owned it for almost 12 years) wants Craig to continue making great music and providing further heritage to the instrument that already has an illustrious past.

“I’m thoroughly excited about hitting the stage with it again sometime this year,” Craig says. “It’ll be a magical moment for me and I’m sure I’ll feel like a kid in the mid-Seventies all over again. ‘Lorelei’ truly is one of my favorite guitars of all-time.”

“What was most pleasing for me was seeing Craig and the current owner, both lovers of music and guitars, sit down for a day and talk amongst themselves to develop a trust,” says attorney Peter Koenig, who represented Craig in his quest. “While we lawyers discussed esoteric legal points as to who, rightfully, would keep the guitar, Craig opened a dialogue with the current owner that ultimately allowed for both of them to share their feelings and realize their dream outcome. I look forward to the music Craig makes on ‘9-2180’.”

“What I’d really like to see is a reunion of Jefferson Starship’s original members—who lost their instruments that day—come together and perform with them again,” Craig says. “Pete Sears got his bass back in 2013, and John Barbata got his cymbals back shortly after the riot.” 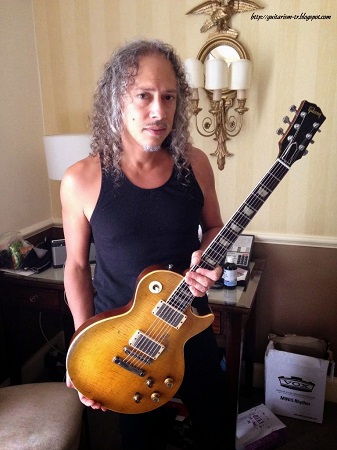