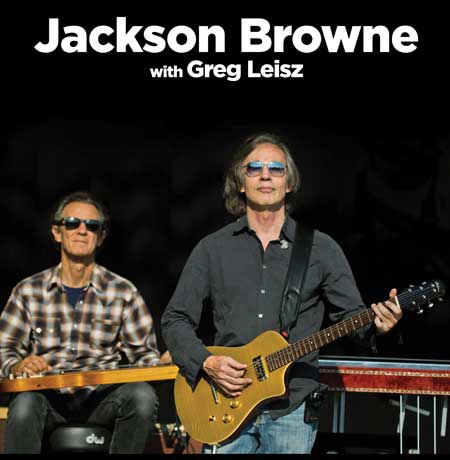 Singer-songwriter Jackson Browne just announced a string of acoustic tour dates that kick off on January 6, 2018. Advance pre-sales begin today (September 26th). A list of dates can be found below.

Multi-instrumentalist Greg Leisz will accompany Browne on the tour. The concert dates begin in Augusta, GA on January 6th and wrap in Sarasota, FL on January 24th.

Browne has not released a studio album since 2014’s Standing in the Breach, which was named as one of Rolling Stone’s 50 Best Albums of that year. Prior to that, Browne had not released a new album in six years.