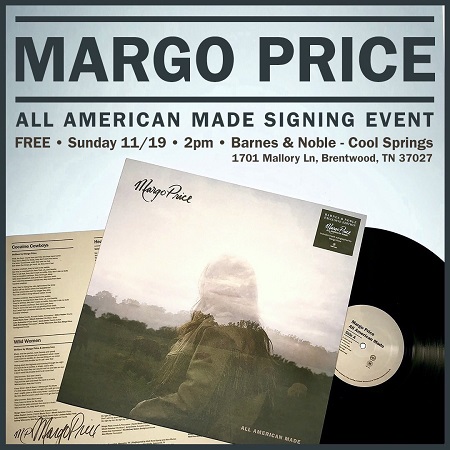 Margo Price will be at the Barnes & Noble today (11/19) signing copies of her latest release, All American Made. The event is free and kicks off at 2PM.  Price commented: “Woah. I haven’t been to Cool Springs, Tennessee since I worked at the mall there back in the day and dated some guy named Joe.”

Price released her second studio album, All American Made, on October 20, 2017 via Jack White’s imprint, Third Man Records. The album debuted at #89 in the United States on the Billboard 200 chart and reached #4 on Billboard’s Folk Albums chart.