Jack White: “…On this tour, I want to take three guitars that were designed by other guitar players and add my own twists to them—my own accoutrements that make sense for what I’m trying to achieve.” // Jack for Guitar World 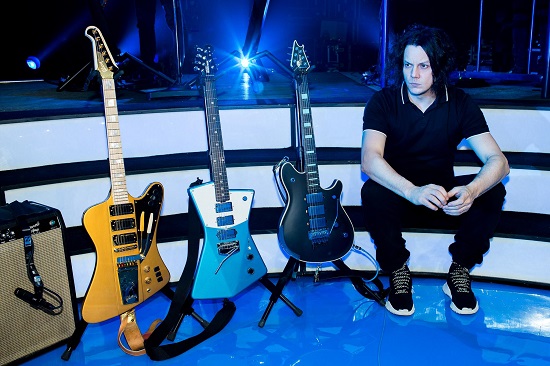 Jack White recently announced dates for his 2018 European/UK tour.  The former White Stripes frontman is currently promoting his latest solo album, Boarding House Reach, which was released on March 23rd.  The album debuted at #1 in the United States on the Billboard 200 after selling 124,000 album-equivalent units—121,000 of that figure being pure album sales.  It was the former White Stripes singer’s third #1 album (in the U.S.) as a solo artist.