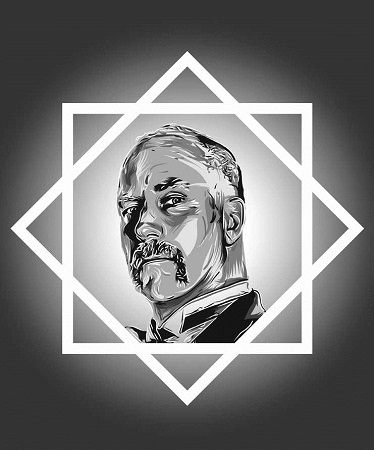 Civil Disobedience will be producing Roddy Bottum’s new experimental work Sasquatch The Opera and they are currently casting for all lead roles.

Auditions and workshops will be held in New York City and applicants must have the right to work in the US, and to travel internationally.

Sasquatch: The Opera. The story is about a small town family’s ‘Bigfoot Tours’ and the fallout when their daughter runs away with the real Sasquatch. Part folklore, part love story, the opera follows the demise of the family and a taboo love affair that blossoms in its aftermath.

Here’s what Roddy has to say about it:

“It’s not your typical opera and I’m looking for unorthodox creatively adventurous types, newcomers to the world of theater.

“Definitely seeking a queer friendly cast as culturally and racially diverse as possible.

“There will be a 2-week workshop in NYC in mid July and then the entire month of August in Edinburgh for the Edinburgh Festival Fringe.

“I’m establishing roles that will be open to eventual touring.

“There is salary involved but the priority is long term development of roles that will take this project to touring and eventual multi-city runs.

“Sasquatch: a monster with a surprising heart of sweetness and intellect, a la Elephant Man with a vocal equivalent of the likes of Kim Deal, Antony or Diamanda.
Daughter: a young emaciated woman who grew up in a cage on a leash who escapes her confines and triumphs heroically.
Son: a meth head who’s sweet and well intentioned, tweaky but not aggressively so.
Father: an alcoholic and abusive tyrant, villainous and rotten to the core.
NYC cast makes the most sense but not geographically closed minded.

“Thanks much and feel free to share, big hug… RB”

Interested parties must have the right to work in the US.

If you are keen, please send an expression of interest and supporting materials to:

We are also casting a chorus for the Edinburgh production, drawn from artists already presenting at the Fringe. Diversity is key here.

Please send expressions of interest and supporting materials to barry@wearecivildisobedience.com stating ‘Sasquatch Chorus’ in the header.

“It’s not a traditional opera – it’s more like weird little operettas,” the Faith No More keyboardist told Noisey. “I grew up in Los Angeles, but I moved to New York specifically to get into opera, and I had this preposterous idea for a Sasquatch love story…. It’s just gonna be three scenes from the opera, but then I’m gonna elaborate on it and build it into a bigger production.”