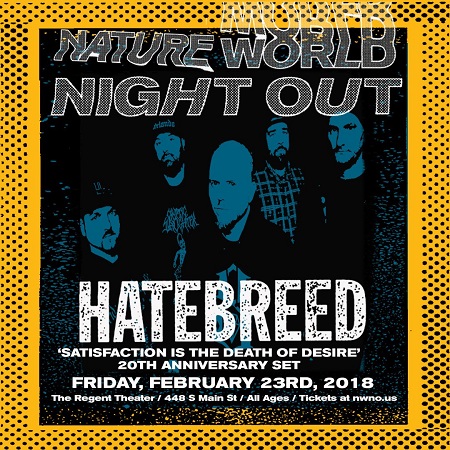 Hatebreed will be playing a special Satisfaction is the Death of Desire 20th anniversary set at Nature World Night Out 2018 on Friday, February 23rd at The Regent in downtown Los Angeles.

Released on November 11, 1997, Satisfaction Is the Death of Desire is the debut full-length effort from the metalcore group. The album was considered a breakthrough release for the band, lifting them out from the underground scene and leading them to a major label deal with Universal Records.

Nature World Night Out 2018 will take place February 23rd, 24th and 25th in Los Angeles at The Regent Theater.