Recently, VWMusic caught up with Alan Niven to discuss his retrospective musings on managing Great White and Guns N’ Roses during their heyday. You can read the entire interview @ this location. 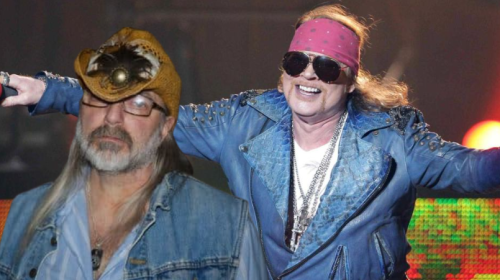 My understanding is that it was Jack [Russell] who persuaded you to manage Great White, but he was both the band’s and his worst enemy on many levels. How was your experience working with him? 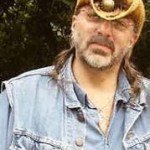 At times sublime. At times just wretched. If rock ‘n’ roll should appear to be spontaneous and haphazard, Jack personified that. Authentic is a much-overused word, but Jack was genuinely rock ‘n’ roll. In all ways. K’pan Fuckin’ Jack – truly pirate blood runs in his veins. Steal yer rum, rape yer women, and piss all over your rug where you’d find him passed out.

Great White’s inherent musicianship and blues roots set them apart from their contemporaries, effectively putting them in a league of their own. Yet, the band never quite garnered the reverence it deserved. What do you feel prevented Great White from becoming more widely recognized?

Jack’s disastrous drug-taking derailed the band’s first headline tour with [Michael Schenker Group] and Havana Black. Moving up to headliner from support is perhaps the most critical development in a career. Had I left him on the road; however, I’d probably have gotten him back in a box, and no one was gonna die on my watch. I had to take him off the road and detox him. He could smell and distinguish chemicals at a quarter mile.

Anyways, the idea of having all three bands from one label on the tour, and getting really focused promotion, obviously backfired on me. Capitol [Records] were not happy when the tour had to be canceled. The tragedy was that it was working; the Northeast was sold out weeks in advance.

The promoters never forgave the band, and they never got that shot again. We also suffered from the revolving presidential door at Capitol. Hale Milgram, our third in four years, made it clear he thought little of the band. His A&R man only had disdain – selective amnesia prevents me from recalling his name, but he rents property in Hawaii now. Oh, yeah. Simon Potts. They were into English club music, and R.E.M. Satin balloon pants were cool to them. We were a road band most akin to early ’70s English blues rockers. Wonder why! Anyways, they did not connect. Milgram never came to a gig until just before we left the label. At least he released us, and we escaped getting Gershed again.

How responsive was Axl Rose to your feedback and suggestions, and how did you navigate the relationship?

His first insult was to thank me in the liner notes after his fuckin’ dogs. He didn’t bother to show for the dinner with [Peter] Paterno and the rest of the band where they offered to extend my original contract for another whole three years. That was when I knew I’d be fucked over by them. They did offer to raise my commission rate to 20%, but I turned down the increase. I did not want my company being paid more than a band member, although I had to pay for offices and staff. I never charged back a dime in expenses, as I had the conventional right to do so.

The only time Axl ever said thank you was from the stage of the Hammersmith Odeon – so even that was more about him than me. See me being gracious. He wasn’t a nice person back then. He may have changed. To me, he’s kind of like the Tonya Harding of rock ‘n’ roll – capable of being sublime but best known for other reasons.

I was there for him, taking him from Hollywood streets to Wembley Arena. He repaid me by believing Goldstein’s (Doug Goldstein replaced Niven as GNR manager) lies because he wanted to.

And what were Goldstein’s lies?

Whatever he told him to put distance between us.

I had a telephone conversation with Axl in which he asked why he had trouble getting people to do what he wanted. I told him he was prickly, difficult to get near, and that his tantrums scared people. A couple of days later, when I was at the Meadowlands, he called the production phone and told me he could not work with me anymore. I suggested we have dinner on my return to L.A. and talk about it. He agreed, but I never spoke to him ever again.

A few weeks previous, I had held a dinner at Le Dome for his birthday. Earlier in the day, I had delivered him a white Ovation guitar. He failed to show. Tom Zutaut arrived with Goldstein; they had been with Axl. Before seating himself, [Zutaut] leaned over me and whispered in my ear, “Goldstein is not your friend.” A few days later, Axl said he wouldn’t do Rock In Rio if I went. No big deal. I thought. He’d had me banned from the Aerosmith tour for its first three weeks because I refused to cancel it. My job was to get them all there. Their job was to produce excitement on the stage.

I had signed a contract with five individuals collectively known as Guns N’ Roses. I did not sign a contract to exclusively represent his whim. My responsibility was to the whole.

Goldstein is a liar, and a fake – a schmoozer, a glad-hander – Barry Fey once described him as an overpaid security guy. He was without loyalty and appreciation – he was a security guy when I gave him a shot at tour managing. He decided he was there to indulge Axl. Ingratiate himself. Screw the others – as happened. He presided over the dissolution and implosion of what I helped create. He helped engineer Axl’s grab of the name. To this day, Axl takes 50% of the gate, thus cutting Izzy out. Ego and greed. The corrosion of affluence on a soul that comes from impoverished childhood.