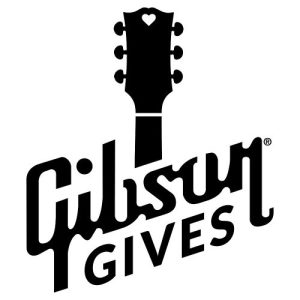 Gibson has a strong focus giving back and supporting the global music community through Gibson Gives. The mission of Gibson Gives is to create, develop and support non-profit organizations in their efforts to advance musicians, youth-focused education, music, and wellness initiatives. In the last three years, Gibson Gives–a 501(c)(3) organization–has raised over $3.5 million dollars worldwide through its mission.

The Gibson Gives auction gives music fans the once-in-a-lifetime chance to own a rare and collectible piece of music history. All donations raised will go to Gibson Gives, in addition to the National Museum of African American Music’s music education fund. Bidding on the Gibson Gives auction has started now, and will officially close on Wednesday, July 6 at 3:00pm ET, bid now @ this location. 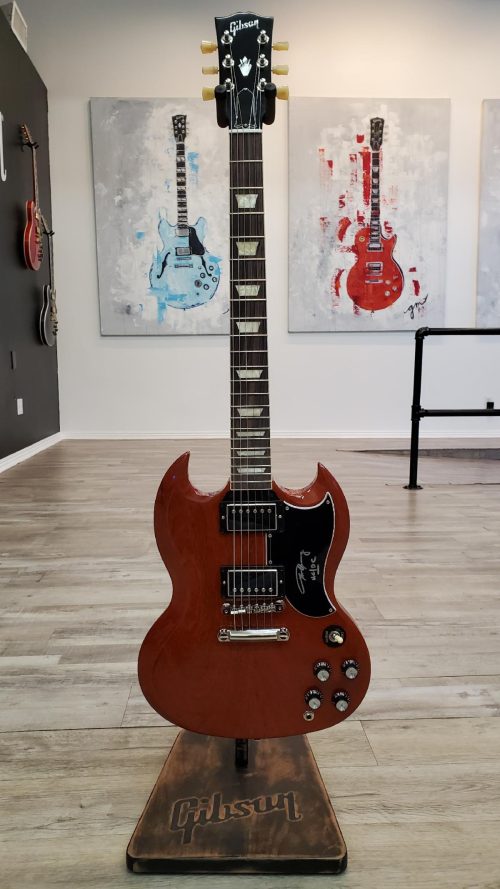 Bid now to win the Gibson SG Standard autographed by rock legend, Angus Young of AC/DC. Only a few Rock and Roll pioneers break the Top 25 guitarists of the all-time list, and fewer do so by using only one model of guitar. The hard rock titan, Angus Young is synonymous for his high-voltage energetic performances, schoolboy uniforms, and his trusty Gibson SG Standard guitar. Angus has kept his Gibson SG in hand for his entire career. Angus has been constant with his dedication to the original Gibson solid guitar design. Much like Angus’s beloved SGs, this SG features a solid mahogany body set with two humbucking pickups. The mahogany neck has a slim taper profile with a rosewood fretboard and trapezoid inlays, is ready to shred some rock and roll. With Angus Young’s signature on the pickguard of this amazing Gibson SG, place a bid to take home a piece of rock and roll history. 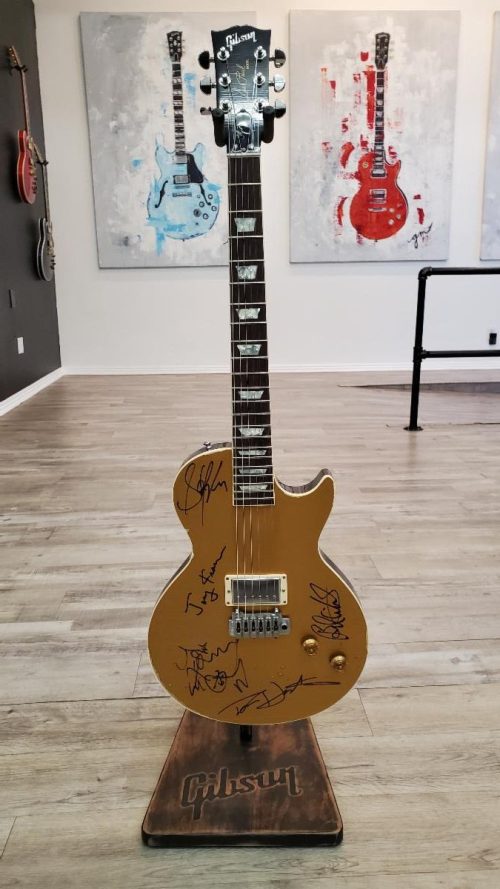 Bid now to win the Limited-edition Custom Shop Joe Perry “Gold Rush” Les Paul Axcess that is signed by the legendary Joe Perry, as well as all of his bandmates in Aerosmith. Between owning several 1959 Les Paul “Bursts”, Les Paul Customs, Les Paul Junior Double Cuts, and creating multiple Gibson signature guitars, the ties between Gibson and the legendary AEROSMITH are sky-high. When lead guitarist Joe Perry gave Gibson Custom Shop what he described as “… a nearly impossible task…” of creating the new “Gold Rush” guitar. The Joe Perry “Gold Rush” Les Paul Axcess guitar is the result of years of creative collaboration between Joe and Gibson. It represents Joe’s idealized vision of a Les Paul guitar with a vibe, sound and feel that is pure rock ‘n’ roll. The Gibson Custom Shop Joe Perry Signature “Gold Rush” Les Paul Axcess features a unique twist with a Wilkinson floating tremolo system. This Wilkinson tremolo system is crucial in Perry’s guitar design to allow for a wider range of dynamic playability. Additionally, this model includes a Chandler Tone X control in the tone Potentiometer. When the pot is pulled it activates a +16dB Boost with a Midrange Sweep to set a solo boost or even get a mimicked Wah-Wah tone. Joe has chosen this Goldtop to be his Gold Standard of a Signature Les Paul. Adding to its collectability, this limited-edition Gibson Custom Shop Joe Perry Gold Rush Les Paul Axcess guitar has been signed by all of AEROSMITH.

View all items @ this location.