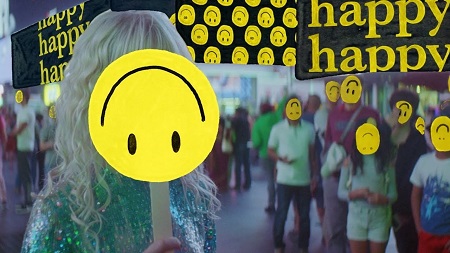 “Fake Happy,” the brand new official video from Paramore, has been embedded below. The track is taken from the group’s fifth studio album, After Laughter, which was released on May 12, 2017.

After Laughter debuted at #6 in the United States on the US Billboard 200, selling 67,000 album-equivalent units, of which 53,000 were traditional album sales. It also debuted within the top 10 of seven other countries including Australia, Austria, Canada, Ireland, New Zealand, Scotland and the UK.