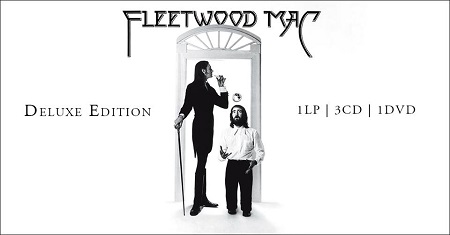 Fleetwood Mac’s classic 1975 album is coming as a 3CD/LP/DVD Deluxe, Expanded 2CD and Remastered 1CD editions, available January 19, 2018. The Deluxe Edition contains unreleased live and studio recordings, an alternate version of the full album and the remastered album on CD/LP. An early ‘work-in-progress’ version of “Say You Love Me” taken from the album’s bonus content is available now to download and stream.

Released in July of 1975, Fleetwood Mac’s self-titled album was the tenth studio album from the group and the first to feature Stevie Nicks and Lindsey Buckingham. The album has sold over 5 million copies in the United States alone.