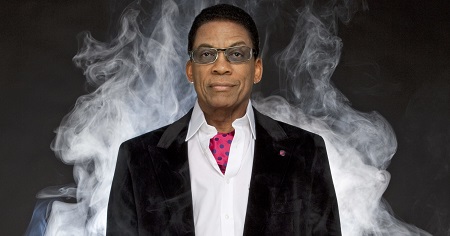 Never one to rest on his considerable past achievements – including an Oscar® and multiple Grammy® Awards – Herbie Hancock continues to expand his own musical vision. In addition to performing his own material, Herbie will share the stage with jazz’s next generation of trailblazers. It’s a showcase of the future guided by one of jazz’s key architects.

being on acid watching Herbie Hancock at the Hollywood Bowl sounds like the most amazing shit!! Siri, what is the worst text I received this week? pic.twitter.com/11NIxgiym5

We are so excited to see @Thundercat on stage at the @HollywoodBowl as a special guest for @herbiehancock's: #NextGenerationShow! Click here for ticket info and how to win! https://t.co/DBpgWBtyTH