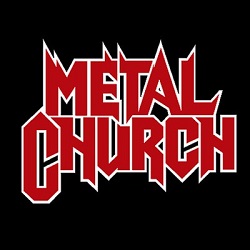 Metal Church: It is with our deepest regrets that we must announce the passing of our brother, our friend and true legend of heavy metal music. Mike Howe passed away this morning at his home in Eureka, California. We are devastated and at a loss for words. Please respect our privacy and the Howe family’s privacy during this most difficult time. 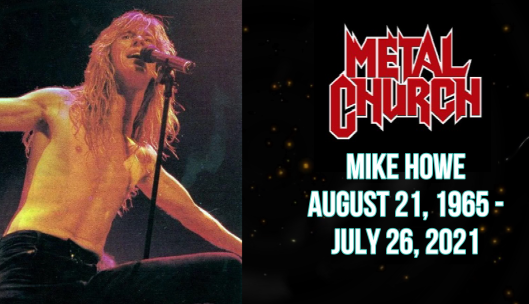 « I toured with Metal Church ,they opened for wasp late 1980 and I met and party with Mike and I always had a great time with him.He treated me with up most respect
I enjoyed his voice.
Rest In Peace Mike
All my condolences to his family and my friends Stet and Steve

RIP Mike Howe, one of the nicest dudes who’s ever come thru my work. he saw me carrying a big folding table for their hospitality and he jumped up and ran over to help. I tell that story all the time because he’s one of the first artists who treated me, working floor, as human. pic.twitter.com/pghlyBiUXp

Just heard the sad news of the passing of Mike Howe. We signed his first band, Heretic to @MetalBlade. Then of course he went onto a great career with @metalchurchis1. Really good guy and gone way too soon. Condolences to his family and friends. #RIPMikeHowe

RIP my sweet friend. I have no words for this loss. Love and respect to you always. #mikehowe #metalchurch #legend4ever pic.twitter.com/CfZczC1g4h

Fook. Mike Howe, of Metal Church, dead at 55. Just… Fook. I’ve literally been listening to the Mike Howe Metal Church these last few days – and to read this news. Heart Freaking Breaking. He was barely older than I was. 🙁

He was totally the epitome of Metal. Rest easy Mike Howe.
So young..💔 pic.twitter.com/3rf1JJw6tm

So sorry to hear of the passing of Mike Howe from @metalchurchis1 I can’t say I knew him well, but I did spend a weekend with him and the band in the studio while they were recording his first album with the band (Blessing In Disguise) back in 1988. Gone way too soon #RIPMikeHowe pic.twitter.com/EpzuSR8nFz