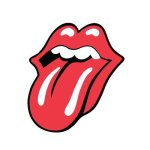 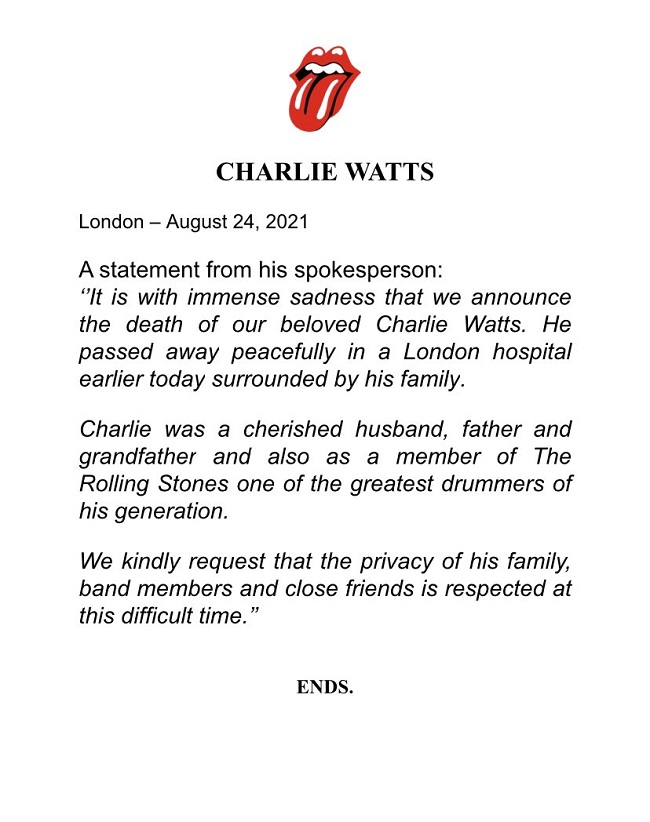 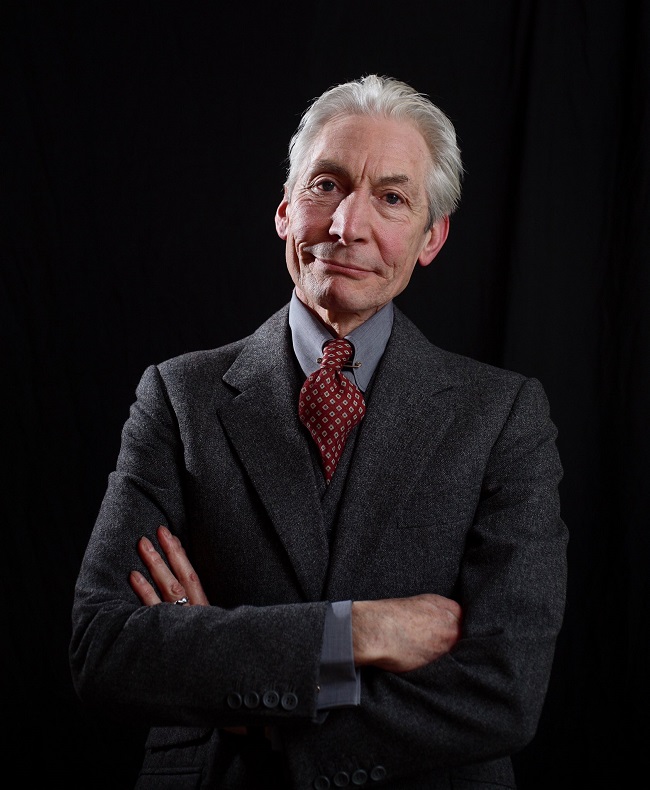 So sorry to hear the very sad news of Charlie Watts passing. He was such a nice guy and a major influence in the music business – he’ll be sadly missed. My deepest condolences to his family and to Mick, Ronnie, Keith and all his friends and fans. R.I.P.

Rolling Stones drummer Charlie Watts dies aged 80 https://t.co/LUVShR1yaM via @YahooNews AWFUL NEWS. One of the true timeless icons and the backbone of the Stones. Hard to fathom the loss. So very sad.

Ugh…so sad to hear of the passing of Charlie Watts. It goes without say that he was an early influence on me as The Stones were one of the first bands I grew up with in the late 60’s/early 70’s. Our heroes are slowly leaving us…Carpe Diem 🙏 #RIPCharlieWatts @RollingStones pic.twitter.com/pPmuK6ktvM

Drummers are the most ensnared individuals. Though they are loudest, they are the last to be heard. They have insecurities due to the fact that everyone has their back turned on them. Herein lies the band’s secret; there is no greatness- without a great drummer. RIP Charlie Watts pic.twitter.com/sAcE7SYiBY

Gentleman Charlie… a great drummer and a great guy. The backbone of the Stones. What a legacy he leaves us. Condolences to his wife Shirley, their children and his many, many friends. – Paul pic.twitter.com/Ru2jkHBybL

The stones were the first hard rock band that I remembered hearing .I think the song was « look at this stupid girl « Charlie Watts had an amazing talent and career
It is sad that is gone , he will be miss
Rest In Peace
Chris HOLMES pic.twitter.com/ySrwcvvWiB

Our world just lost its much loved and respected beat. pic.twitter.com/dAv2CLguh6

(1/3) "We are so deeply, deeply saddened to hear of Charlie Watts passing.

The impact he’s had on musicians and listeners across the planet is profound. pic.twitter.com/Pr1alm6T1b

Heartbreaking 💔
So very sad to hear that Charlie has passed.
One of a kind , & the perfect drummer for The Rolling Stones.
His pocket is folklore, and such a kind fellow.
All love to his family, we will never forget.. 🙏🕊💜 pic.twitter.com/4IkrBRUZLr

We are so saddened to hear about the passing of Charlie Watts. Not only was Charlie one of the greatest drummers in rock & roll history, but he was also the most dignified. Rest In Peace, Charlie. You will be missed. #RIPCharlieWatts #RollingStones

Of all the drummers over the past 50 years, Charlie Watts has always let his personality shine through in the way he played his groove, and the cool thing I always thought was when a band follows a personality, it creates this whole other vibe that is distinctively their own. pic.twitter.com/6nmMv2ChyG

Rest in peace, Charlie Watts. Our love and deepest condolences go out to Shirley, Seraphina, Charlotte and all The Rolling Stones family. Love, yoko pic.twitter.com/ePsEnA7Ai6