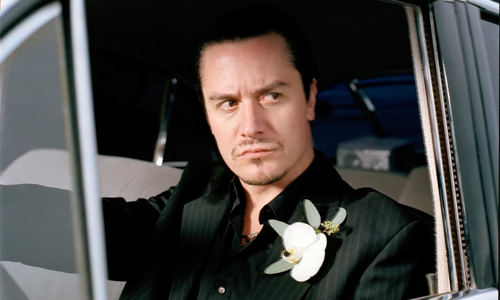 Mike Patton (Faith No More, Mr Bungle, Dead Cross) will be scoring the Netflix adaptation of Stephen King’s novella 1922. The story is about a man who confesses to murdering his wife and later believes she is haunting him. Zak Hilditch (Transmission, These Final Hours) wrote the screenplay and is set to direct the movie. In a recent Rolling Stone interview, Patton described the music as “more haunting and Hitchcock-y than you might think.”

No release date has been set for 1922, but it is currently in post-production with plans for a 2017 release. The movie will star Thomas Jane (Hung) and Molly Parker (House of Cards).

Already expecting the unexpected from Mike Patton…did you expect this?

Acting
Acted in the 2005 thriller Firecracker.

Sound Effects
Provided the sounds for the vampire-like creatures in Will Smith’s I Am Legend.

Theme Song
Co-wrote the theme song to Ridley Scott’s Body of Lies with System of a Down’s Serj Tankia. The single is called “Bird’s Eye”.