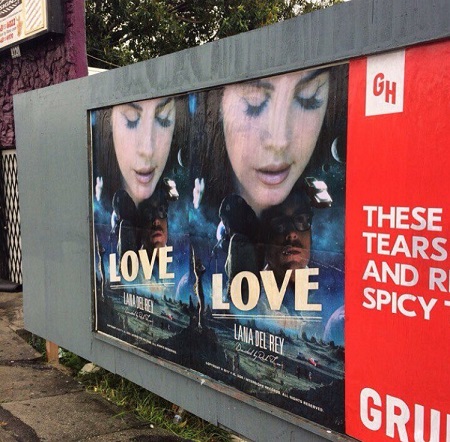 There has been some speculation about a new Lana Del Rey album on the horizon, after cinematic posters popped up around Los Angeles yesterday (2/17/17). The posters feature a picture of Del Rey with the word “Love” in bold letters. Fans are expecting the new album to be called Young and in Love, after it was revealed that Del Rey recently registered a new track called “Young & In Love”.

Ed. Note:  At the time we posted this article, Lana Del Rey’s new song, “Love”, had not been released.  You can now hear it (below).