Def Leppard’s Vivian Campbell After Seeing Marc Bolan (T. Rex) for the First Time: ‘That’s what I want to do. I want to wear my sister’s clothes” – Interview – 2022 – w/ Phil Collen

Guitar World: Def Leppard’s Vivian Campbell and Phil Collen on writing rock for a stadium audience and learning from ‘80s spandex cringe. You can read the entire interview @ this location.

Let’s start with the T. Rex influence on Diamond Star Halos. As a guitarist, what did Marc Bolan mean to you guys growing up? 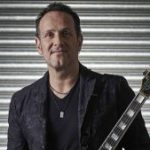 “He started the ball rolling for me. It wasn’t Marc Bolan the guitar player per se; rather, it was the whole thing – his sound and image. He really was the grandfather of the glam rock movement; he had the hair and the androgyny, and of course, he made music that was such infectious ear candy.

“I was about nine years old when I first saw him on Top of the Pops. It was such a lightbulb moment where I went, ‘That’s what I want to do. I want to wear my sister’s clothes. I want to blow my hair and play guitar and make a living doing it.’”

You wanted to be that guy on the cover of Electric Warrior.

“Yeah, exactly! He looked so great with his long hair and that Les Paul. That started me on the path. He just had the whole package, but the music was there. Out of that grew the different people who actually did influence me as a guitarist, like Rory Gallagher and Gary Moore. But I have to say, it was Marc Bolan who set me on my way to discovering them.”

Phil, how about you? 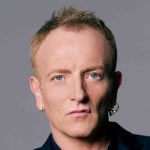 “Oh, I thought Marc Bolan was amazing, but for me, it might have been more David Bowie, who was from the same time period. I saw Bowie on Top of the Pops with Mick Ronson playing his Les Paul. The way he held that thing, I was like, ‘My God, this guy is so fucking cool.’

“I was 14 and I was trying to identify myself. I’d already gotten into Deep Purple, Zeppelin and Hendrix, but then came Bowie, Bolan, Roxy Music, the Faces, but especially Bowie. That was the music that spoke to me.”

Now, you guys have a lot of guitars, but if you could boil things down, what were your main instruments for this album?

“For me personally, it was a natural Jackson PC1. I’ve had it since 2007, and it’s the one. I use it on a lot of the solos and things because it just sounds right. I do like my red Jackson PC Supreme – it’s got the fattest neck they’ve ever made.

“It sounds great, but for some reason I didn’t use it all over the album, and I should have. But I kept coming back to the PC1. There were also a couple of Telecasters. I used Squier Telecaster on the solo on This Guitar, and there’s a Squier Starcaster for the lick at the beginning.”

Viv, how about you?

“Mostly Les Pauls. I used my Gibson Custom Shop Les Paul and my original Dio “Holy Diver” Les Paul. I also used a ’66 Telecaster. It’s been refretted with jumbo frets so I can actually bend on it. And I used my original Tom Anderson Strat for when I needed some shimmer or a little front pickup action. Those were the four that I used.”