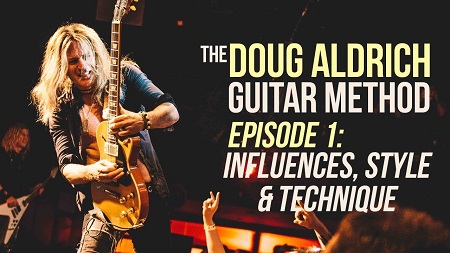 G is my favorite key to warm-up and play.”

In episode one of “The Doug Aldrich Guitar Method,” the Dead Daisies and former Whitesnake, Dio, Lion guitarist discusses some of his influences, how to be an awesome rock guitarist, style, technique and more.