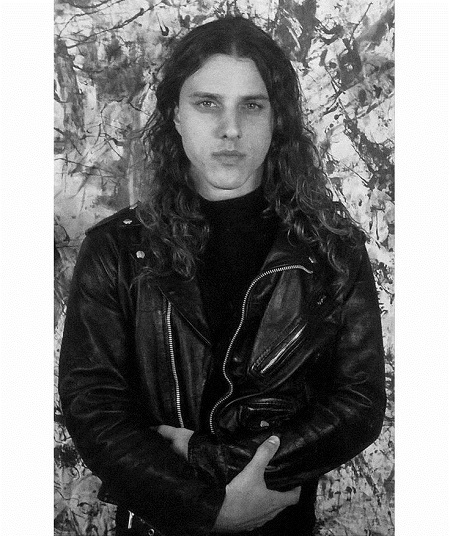 Original article:
Chuck Schuldiner’s leather jacket is up for auction on Ebay.  At the time of this posting, the current bid was $1,550.00 (US). The jacket comes from Schuldiner’s personal collection and can be seen in the photograph above. Professionally framed with a custom plaque, the frame measures 35.5″ X 33.5.” A customized certificate of authenticity addressed to the winning bidder will also be included.

About the auction, Chuck’s nephew Chris said:
“Ok, so these aren’t the best pics, I just picked this up from the shop and had to share this with you. I know a lot of you have wanted me to put up something very personal of Chuck’s for auction and here you have it. This was Chuck’s leather jacket you can see him wearing in countless photos. I spent a small fortune having it framed and I know it will reach the hands of someone who will truly cherish it. I have my memories of my uncle and listen to his music daily, that’s all I need.”

Chuck Schuldiner was the frontman, lead guitarist and principal songwriter for Death, a band considered one of the originators of the death metal sound. His influence on death metal was substantial, earning him the nickname “Father of Death Metal”. Following his death in December 2001, Kerrang! Magazine wrote of this : “Chuck Schuldiner was one of the most significant figures in the history of metal.” Schuldiner wrote nearly every song on seven albums with Death between 1987 and 1998 before turning his attention to Control Denied, a progressive heavy metal band he started. He also played guitar on the 1994 Voodoocult album Jesus Killing Machine, which also featured legendary Slayer drummer Dave Lombardo. 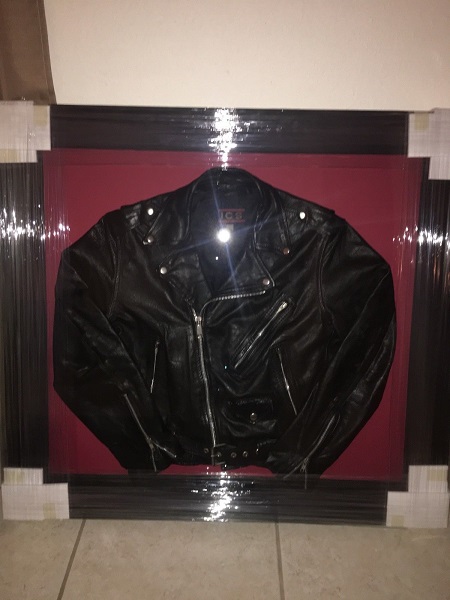