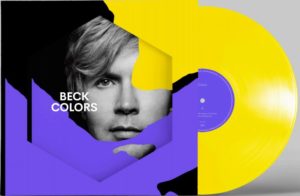 Beck – Colors
The title track from Beck’s upcoming record will be released on Friday, October 13th. You can listen to a sample of the song via the clip below. Be sure to check back on Friday, we’ll embed the entire track once it’s available.

Beck will release his new album, Colors, on October 13th via Capitol Records.