The Smiths: ‘The Queen is Dead’ Deluxe Reissue Details — Listen!

The Smiths will release a deluxe reissue of their 1986 album The Queen is Dead. Widely considered to be both The Smiths’ finest work and one of the great albums in history, The Queen Is Dead has cast a significant influence over subsequent generations since it was first released. Both the two-disc set and the 3 CD/DVD box will be available October 20th via Warner Brothers Records. Along with the remastered tracks and bonus material, the set also includes the band’s first take of “There is a Light That Never Goes Out”, located above.

The deluxe 3CD / 1 DVD box set features the 2017 master of the album; additional recordings / demos, b-sides and alternative versions; the Live In Boston album recorded at the Great Woods Center For The Performing Arts on 5th August 1986; and a DVD featuring the 2017 master of album in 96kHz / 24-bit PCM stereo and ‘The Queen Is Dead – A Film By Derek Jarman’.

The Queen is Dead spent twenty-two weeks on the UK Albums Chart, peaking at number two. In North America, it reached number 28 in Canada on the RPM 100 album chart and number 70 on the Billboard 200 chart, and was certified Gold by the RIAA in late 1990. It has sold consistently well ever since and has received unanimous critical acclaim, with NME listing it as the greatest album of all time in 2013. 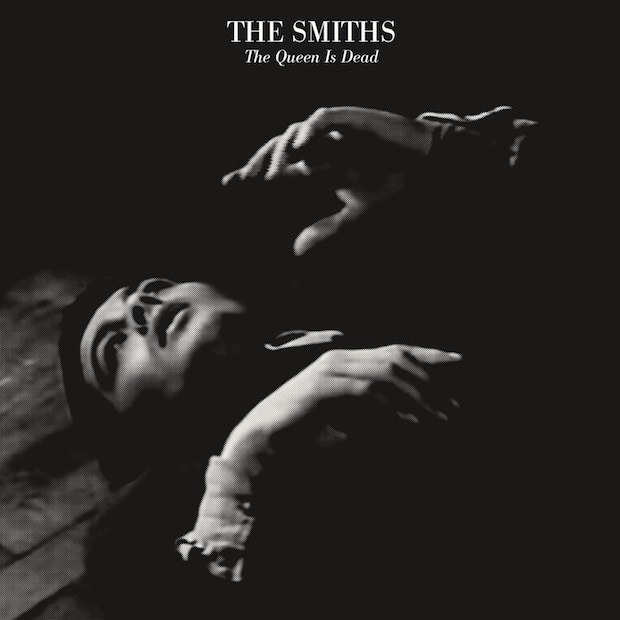