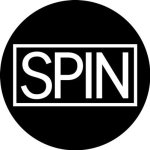 SPIN recently posted an old school David Lee Roth cover story. The interview was conducted in 1986 and offers some insight into what the frontman’s mindset was shortly after leaving Van Halen. You can read the entire interview @ this location.

“I promised everyone if we’d make it, we’d all do blow together. -David Lee Roth”

A lead guitarist is married to a television star. I came back from one of my trips about two years ago. It was a camping trip in Tahiti. Spent two weeks camped on Mt. Bali Hai, where the cloud cover is so rich it’s like a ceiling. You could literally put your hand up into it and it disappears up to the elbow. We went into those clouds and stayed there, waiting for the ghosts. When we came back, all sunburnt and everything, we were at the airport, the band’s getting ready to go back out on tour.

There’s the guitar player and there’s the television-star wife, the TV star. She says to me, “So where did you go on vacation this time, Dave?” Well, we just got back from Bali Hai Mountain in the South Pacific. Did you ever hear of it? She says no. I say OK and go into overdrive. Television star. I say, “Uh, you ever see the play South Pacific?” No. “Ever hear of the movie?” No. “Come on, you don’t remember her beckoning to the French guy and singing, ‘Bali Hai is calling’?” No.

I go into hyper drive. “You know the band Led Zeppelin?” Yeah. “Remember the tune, ‘Immigrant Song’?” She said, “Yeah.” I says, “He probably stole that melody from ‘Bali Hai’.” To this day I’m sure she thinks Page wrote South Pacific.

I really believe in postal instant press. Go to the magazine, rip off the format, use the print type, whatever, take a picture of yourself jumping off a building, and put it up everywhere. Even if you’re not playing, announce that you are. After a while, people will get used to seeing the name. We used to think, “What kind of audience would want to see us play?” While Aerosmith was happening, we’d go down to the stadium where they were playing, and I’d be out papering cars, running from the security police, jamming flyers into windshield wipers. Ultimately, we had 14 people running around in the rain. You take this high school, I’ll take this. I promised everyone if we’d make it, we’d all do blow together.

My favorite item about Van Halen is that Eddie’s new singer has zoomed up out of oblivion and suddenly he’s got the microphone. Here’s a guy who’s bad-mouthing me, and I never even shook his hand. Never met this guy in my life.

There was an incident though when I was recording the EP and I was in the studio with Ted Templeman, and Ted was doing Sammy Hagar at the same time. And the telephone call comes, and it’s the singer and he’s frantic. He just got his first big shot with some song, and he’s got the video, and evidently, he says the word “ass.” Standards and Practices are all over him. They’re not going to play his video. There goes the last 10 percent of the career down the toilet. “What am I gonna do?” he asked. Ted turns to me and says, “You’re into video. What should he do?” I get on the phone and ask him what’s happening on the screen, what’s the transition before it? So, he tells me the transition. “Well, that’s cool. If the guy’s slamming the door when that word pops up, just pop in the sound of the door. You can go down to editing. They probably have 20 different doors for you. They’re in the Yellow Pages.” And that’s exactly what happened.

The next thing I know, this guy’s all over the press, with mindless word-drool, and they are bad-mouthing me and talking about how they suffered and struggled through the last 12 years, put up with my shit. Poor little Eddie Van Halen. Struggled to survive a continuing onslaught of platinum records and Lamborghinis. Poor little Eddie. Forced to live a lie. 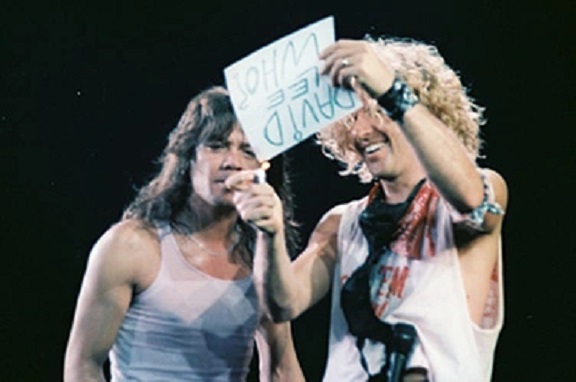 You can read the entire 1986 David Lee Roth cover story @ this location. 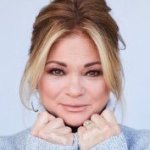 Valerie Bertinelli on David Lee Roth during a conversation on Rob Lowe’s Podcast:

After Ed and I became involved, all of a sudden, there was this rule that there were no girlfriends, or no wives allowed on the road. I got along great with Al and Mike. Someone else didn’t like me. I don’t know why he didn’t like me. I was always nice to him. I honestly don’t know.

That was all Dave and Dave’s imagination. He really had a lot to do with those videos. He was so brilliant. Dave, why do hate me? I’ll talk you up, dude. I still think you’re an amazing artist. I’m a very nice person if you get to know me.

“I promised everyone if we’d make it, we’d all do blow together.”