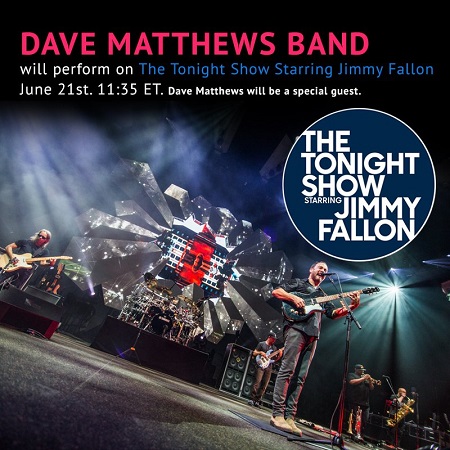 The Dave Matthews Band will be the featured musical guest on The Tonight Show Starring Jimmy Fallon on Thursday, June 21st.  In addition, Dave will also sit down for an interview.  Tune in to NBC at 11:35/10:35c.  Check back, we’ll embed the performance below.