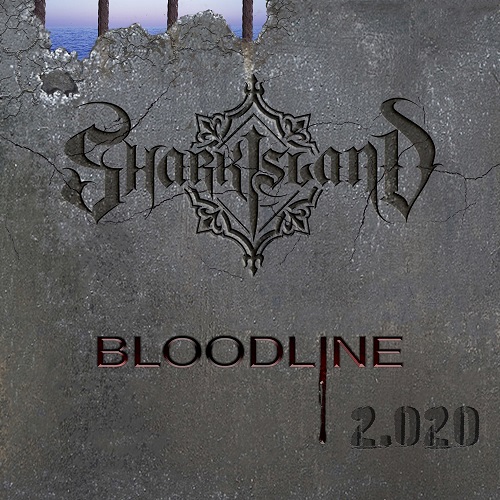 Shark Island was once the house band at the world-famous Gazzaris on the Sunset Strip. Signed to Epic Records in 1989, the band released their debut album “Law of the Order,” and also saw the tracks ‘Dangerous’ and ‘Father Time’ featured in the movie Bill & Ted’s Excellent Adventure, as well as the song ‘My City’ from the movie Point Break.

Richard would go on to be part of the short-lived supergroup Contraband, which also featured Michael Schenker (Scorpions, UFO), and members of L.A. Guns, Ratt, and Vixen. They released one album in 1991 before disbanding.

In 2018 the band started work on Bloodline, which was recorded in Croatia and Los Angeles. It was limited to self-release before being picked up by Deko Entertainment, and fans and critics like what they hear.

“So it’s no surprise that this album is good. What is perhaps surprising is just how good it is. Because it’s a hard rock beast….the spirit of old Shark Island is there, and that’s something to celebrate.”

“We start with a bang – opener ‘Make A Move’ actually makes me wonder if I have been transported back in time…This would probably be the comeback album of any year. Black is back.”

Richard states this about the new video and song, “Written as a companion song to ‘On and On,’ ‘Someday’ is a song about procrastination and our fleeting life as it passes before our eyes.”

Bloodline 2.020 is out now and features the unreleased extended version of “Rocks on the Rocks” and the newly recorded “Someday.”

As part of this deluxe 2.020 version, they are making available limited edition Mega-Bundles (while supplies last), which can be ordered @ this location.

“Bloodline 2.020” Tracklisting:
Make A Move
Fire In the House
Policy Of Truth
Aktion Is
7 Tears
Crazy 8’s
Rocks On The Rocks
Butterfly
When She Cries
Law Of The Order
On And On
Someday
Rocks On The Rocks (Producer’s Cut)