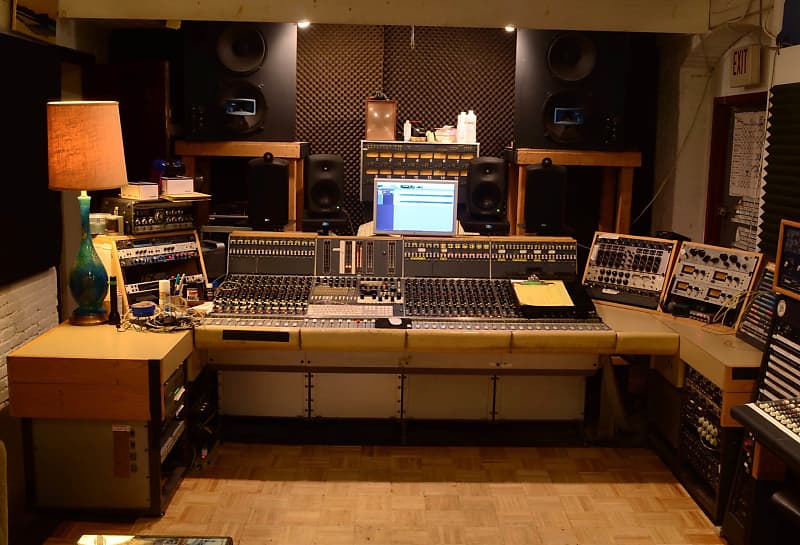 When Sonic Youth needed to replace the console for their Manhattan studio in 1999, they acquired this National Film Board of Canada-commissioned custom Neve, one of two custom consoles. The console could mix in the then-still-novel 5.1 surround format. The consoles were expensive, carefully-pieced-together partly from existing Neve components (the channels were largely built from modified modules from the 5106/5116 desks) while other sections were completely custom, created specifically for the NFB.

Finally, the whole thing was contained in a brilliantly extravagant wrap-around producer’s desk setup, with integrated 19” racks and the best patch-bay location anyone had ever seen. The console had no mic preamps of its own, as they would be unnecessary for surround film mixing.

SONIC YOUTH PROJECTS MADE ON THIS CONSOLE: