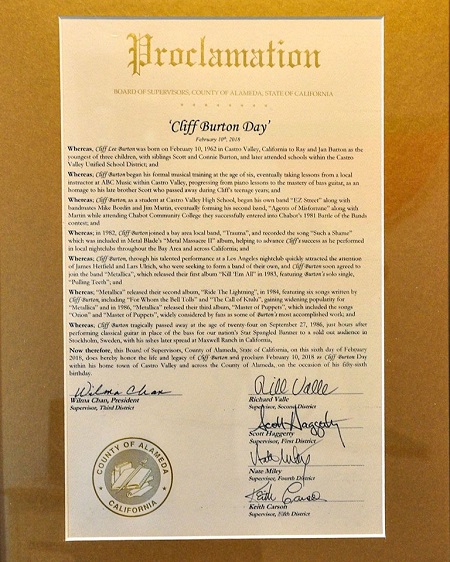 The Board of Supervisors from Alameda County has just proclaimed February 10, 2018, which would have been Cliff’s 56th birthday, “Cliff Burton Day.”  Burton was born and raised in Castro Valley and was the impetus behind Metallica’s move from Los Angeles to the Bay Area in 1983.

Metallica:  “Thanks to all of the fans who got behind this initiative and we’d like to send our appreciation and respect to all of you who continue to honor Cliff in your own personal ways. We love that he remains so revered.”

Burton died tragically at the age of 24 when the Metallica’s tour bus went off the road in a rural area of Southern Sweden. The legendary bassist was posthumously inducted into the Rock and Roll Hall of Fame with Metallica on April 4th, 2009. 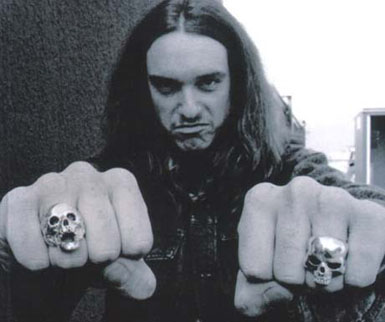