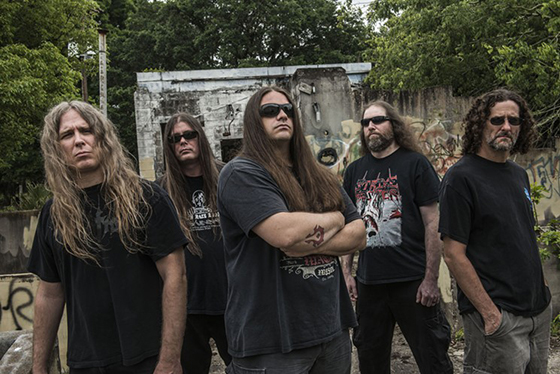 Cannibal Corpse will release their fourteenth studio album, Red Before Black, on November 3rd via Metal Blade/Nuclear Blast. The new track, “Code Of The Slashers,” has been embedded below.  Pre-order the album.

Throughout our career we’ve tried to improve the precision of both our musical execution and our album production, while still maintaining full-on aggression. Red Before Black continues in that direction, but might go even further on the aggressive side of things. It’s definitely precise, but it has a rawness to it that goes beyond anything we’ve done recently.” 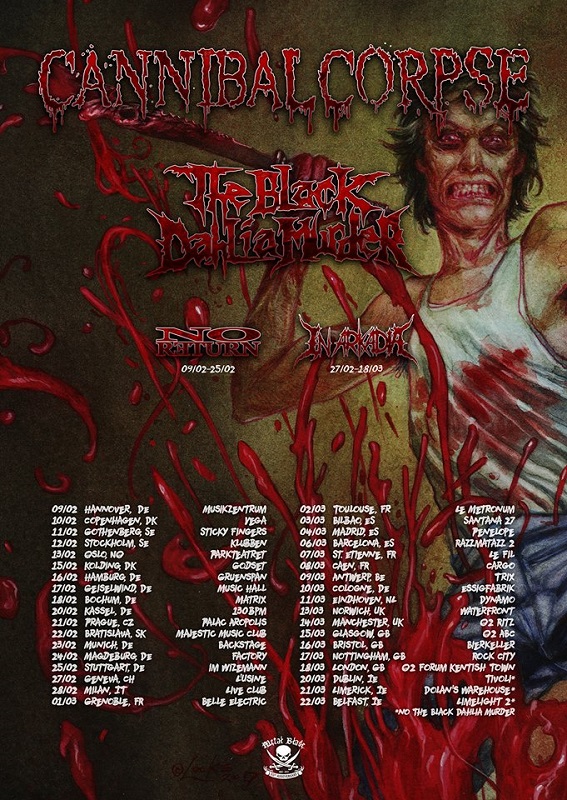 Tracklisting:
1. Only One Will Die
2. Red Before Black
3. Code Of The Slashers
4. Shedding My Human Skin
5. Remaimed
6. Firestorm Vengeance
7. Heads Shoveled Off
8. Corpus Delicti
9. Scavenger Consuming Death
10. In The Midst Of Ruin
11. Destroyed Without A Trace
12. Hideous Ichor